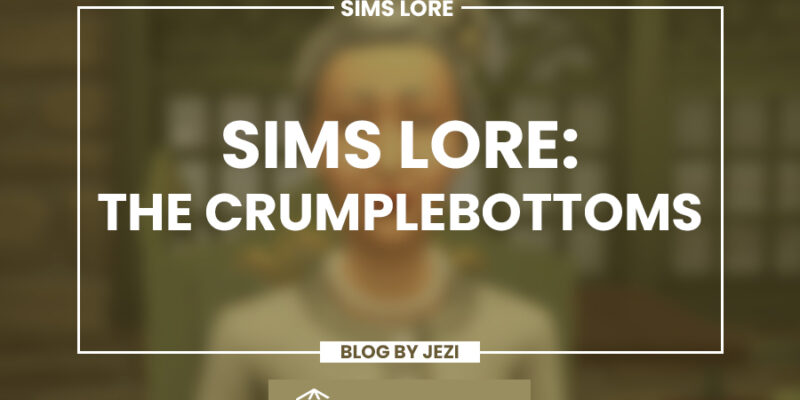 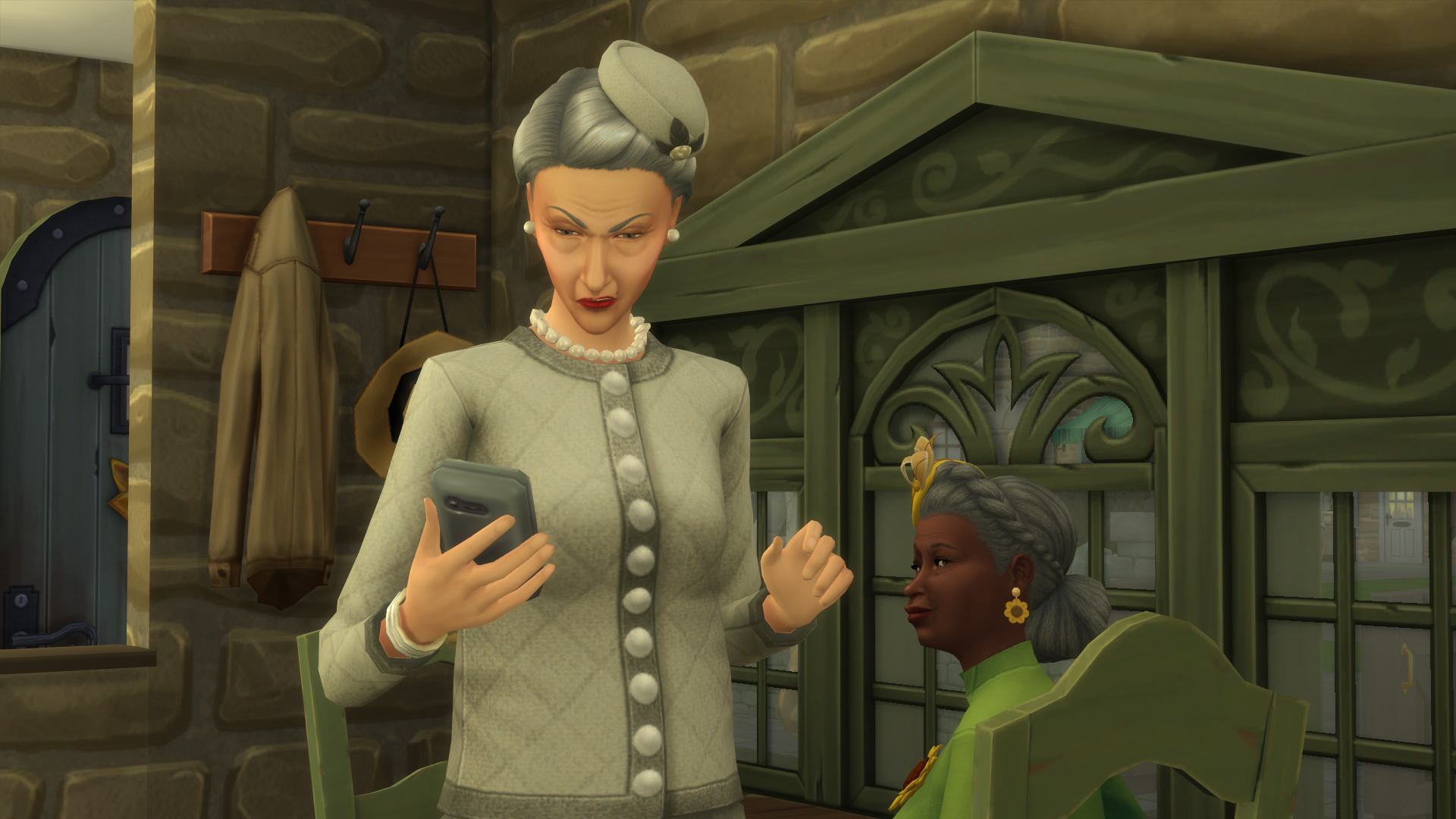 Both Simon and Prudence are good and family-oriented Sims.  Agnes is a loner and a bookworm, but she has different traits between Sims 3 and Sims 4.  In Sims 3 she is frugal, grump, and a hopeless romantic.  In Sims 4 Agnes is hot-headed and a collector.  Agnes also shows up in Sims 1 and Sims 2, however, in Sims 2 she is deceased having died of old age. 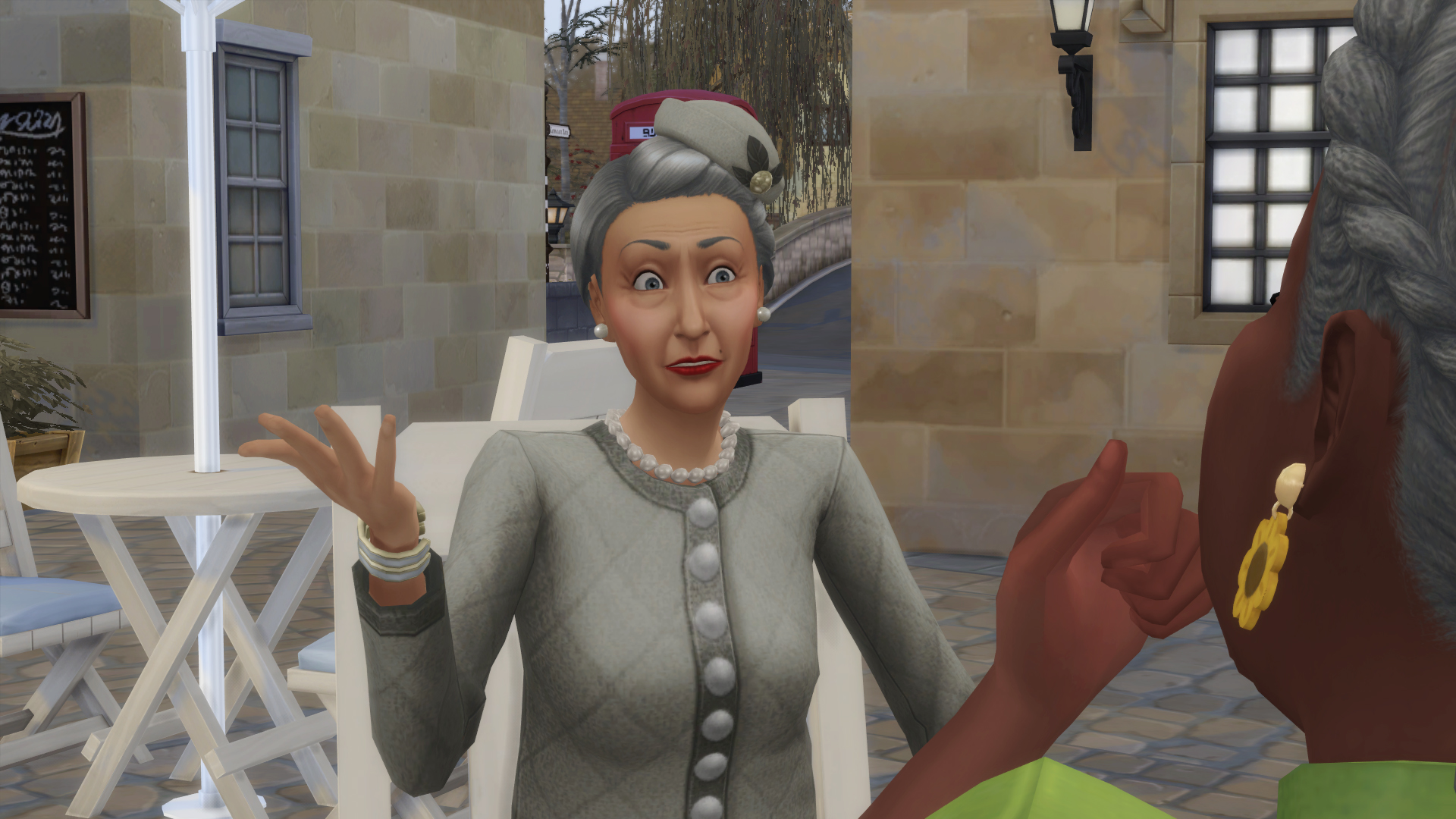 It is thought that Miss Crumplebottom and Mrs. Crumplebottom are Agnes, however, this may not be the case as there is another limb of the family tree of Crumplebottoms.  In the Sims 3 Making Magic, there are three Crumplebottom sisters Beatrice, Belinda, and Bianca.  The three single sisters who happen to be witches, all living in the same home.  Sounds familiar, doesn’t it?  Charming… 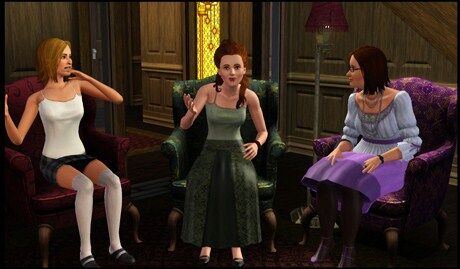 “Disgusting! NEVER have I witnessed such a tasteless flouting of proper manners in all my days! As the young folks say, get a room!” 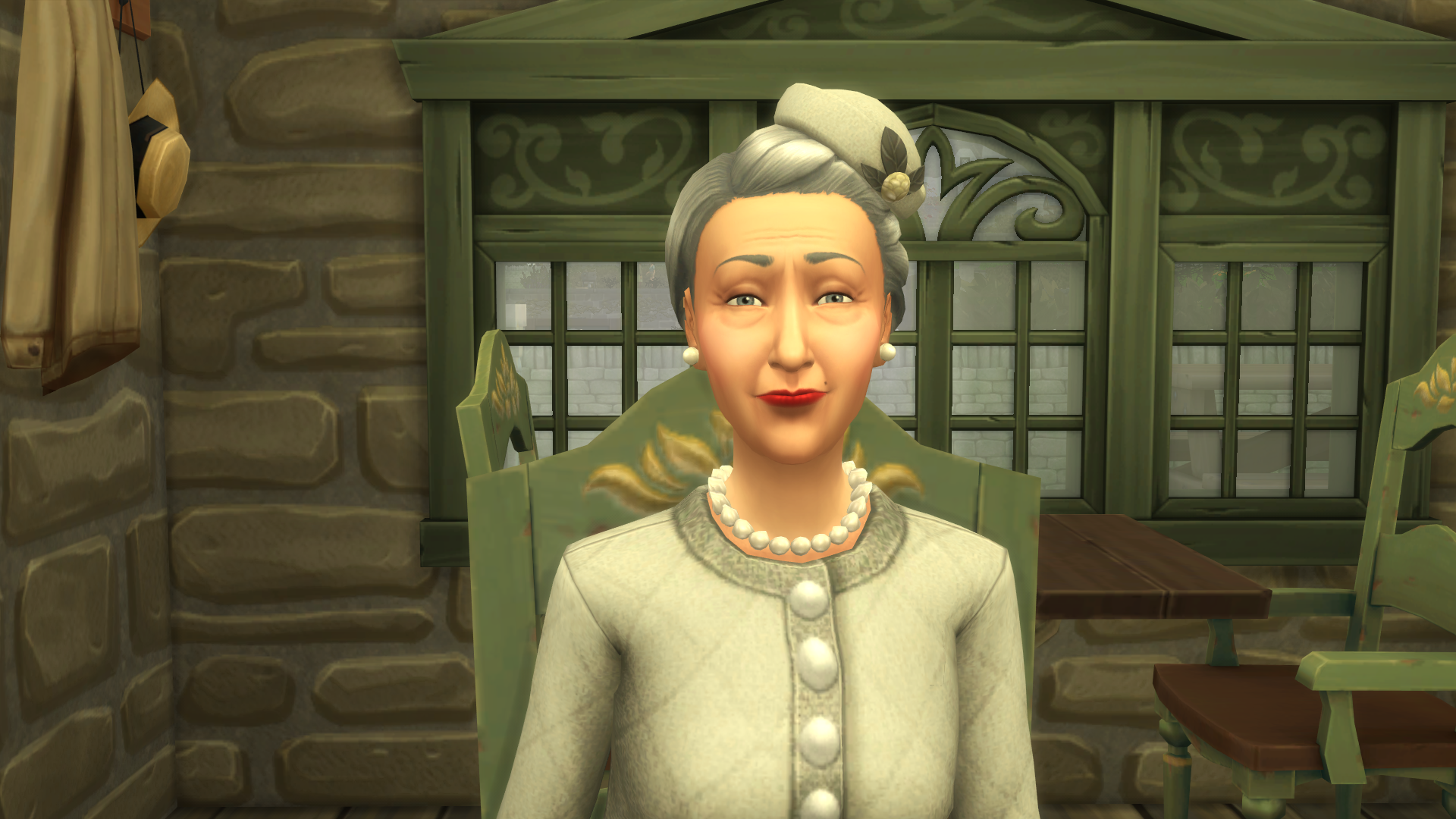 The most notorious figure of the Crumplebottom family is obviously Agnes Crumplebottom.  Agnes has an extreme dislike for public displays of affection, any form of it. She will actually beat you with her handbag to get Sims to knock it off! 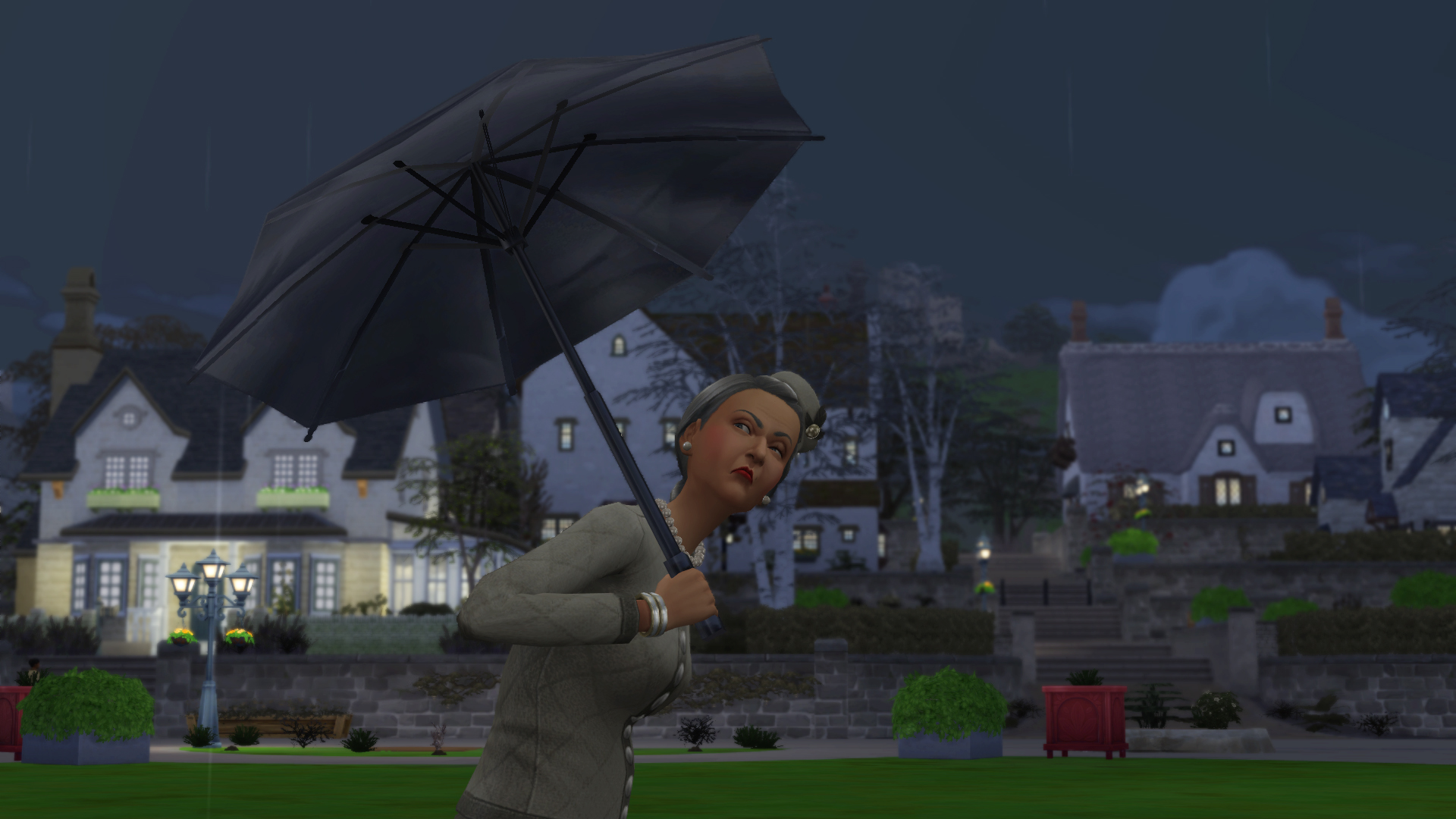 In the most recent expansion pack of The Sims 4 Cottage Living, you can find Agnes with her cousin Agatha Crumplebottom in Hendford-on-Bagley.  Agnes usually has some skills straight out of a fresh save.  In Sims 3 when she is younger and she has cooking and painting skills, I must mention that both of these skills are quite high.  In Sims 4 Agnes has cooking, cross-stitching, gardening, and painting skills.  These skills are generally in the middle of progression but Agnes’ painting skill is much lower in comparison to Sims 3. 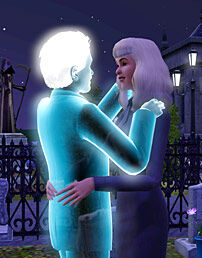 Image from the Sims Wiki

Obviously, Agnes gets really out of shape with a public display of affection.  So why is this? What happened to Agnes? Her demeanor could also be that she has always been a bit grumpy and a bit of a loner, but no matter this is a sad tale.  Poor Agnes is a widow and not just once, twice.  Her husband Erik died on their honeymoon from drowning and Robert had a chandelier drop on him from two stories. 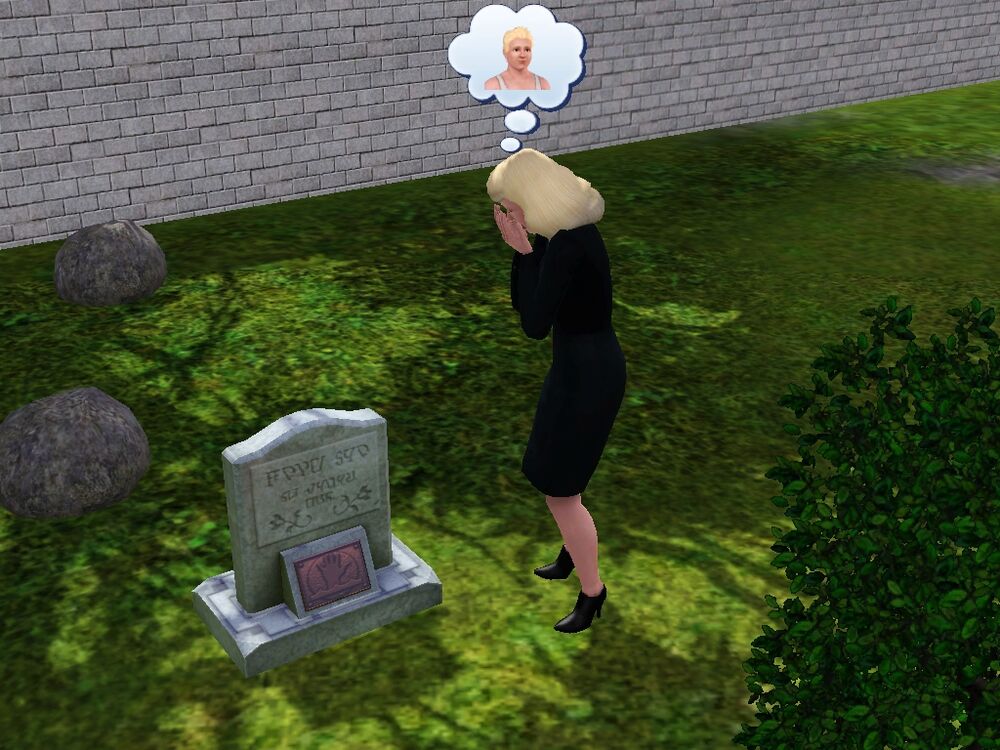 image from The Sims Wiki

Relationship to the Goths

Ok, so I know you caught the last name of Goth up at the top of this article. That was in fact not a mistake, and you probably recognized the name,   Cornelia Goth.  Cornelia was a Crumplebottom before she was a Goth and is Agnes’ sister. You can play Cornila in the Sims 3 and her traits seem very similar to Agnes; grump, neat, perfectionist, charismatic, and unflirty.  Cornelia also has the lifetime wish of having the Perfect Garden.   Cornelia marries Gunther and they have a son and name him Mortimer, yes that is right Bella Goth’s husband. 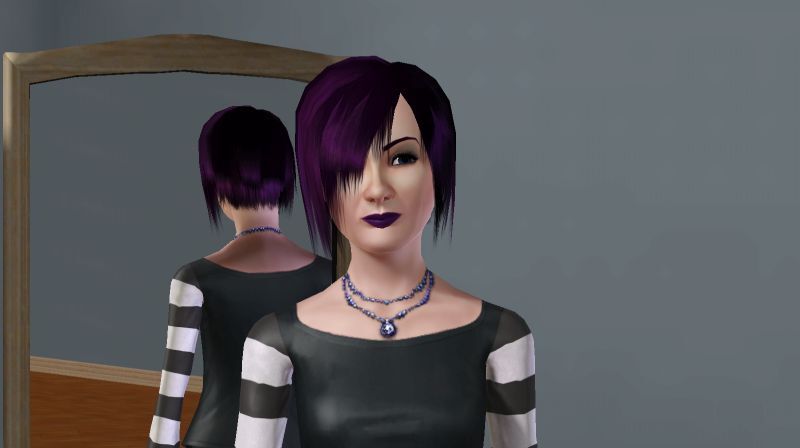 Agatha is the cousin of Agnes Crumplebottom and appears for the first time in the Sims franchise in The Sims 4: Cottage Living.  Agnes and Agatha own a garden business together and have a garden stall.  Agnes comes with the skills of charisma, cooking, gardening, parenting, and piano.  She and Agnes are definitely opposites as Agatha has the traits of romantic, snob, and outgoing.  Agatha is also a Serial Romantic and a generally pleasant Sim! 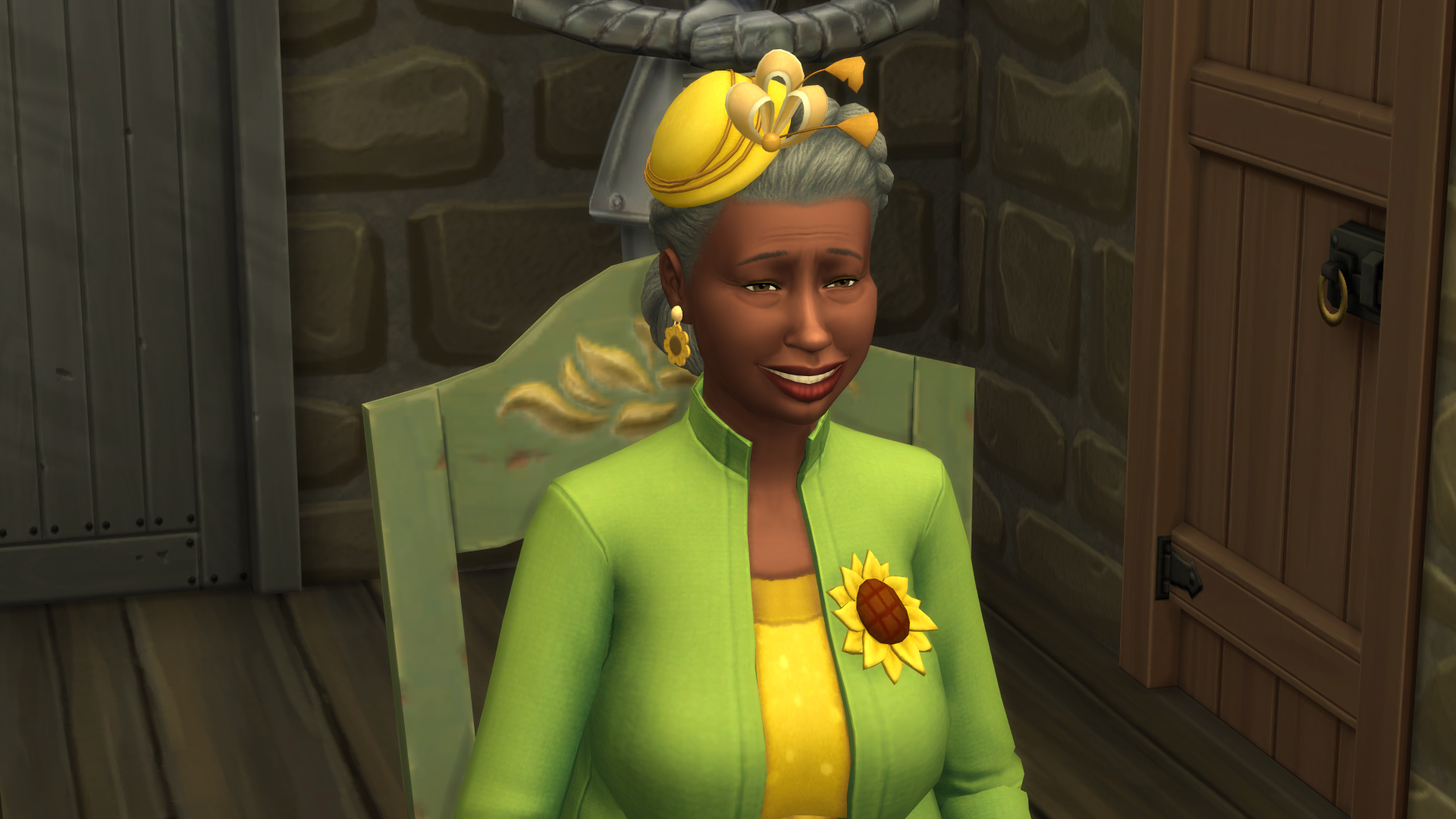 There really is not a lot of mystery in the Crumplebottom Family lore.  The Crumplebottoms have been around during the entire franchise of The Sims so many players have witnessed Agnes in action.  My theory to explain Agnes is that Agnes was always a loner and grouchy, but tried romance twice and bad things happened.  Instead of working through these situations, she shut down and it got worse over time.  She lost her sister Cornelia, with who she had a close relationship within Sims 3.  With all these losses it is no wonder Agnes dislikes romance. 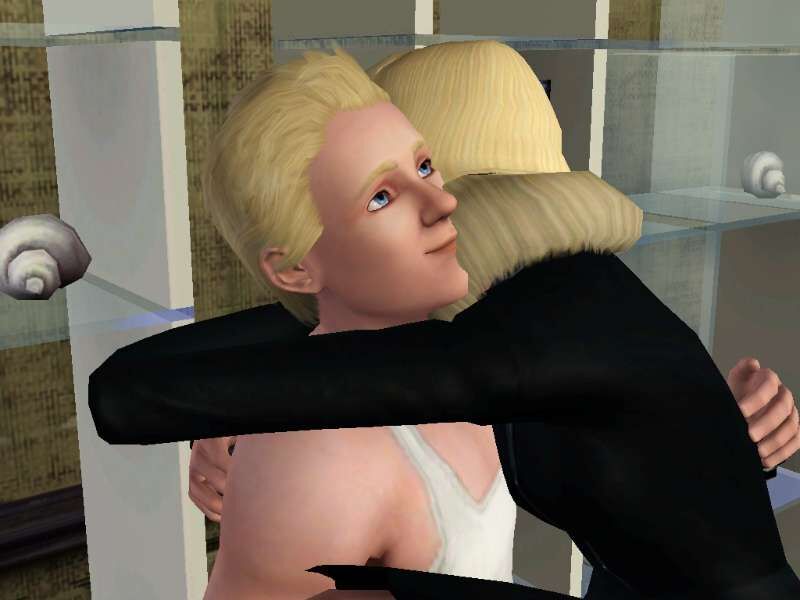 I am glad that now Agnes has her cousin Agatha with her and they have a thriving floral business together.  I would imagine that Agatha is related to the three Crumplebottom Witch sisters that appear in Sims 3, as she has high parenting skills but no children mentioned. 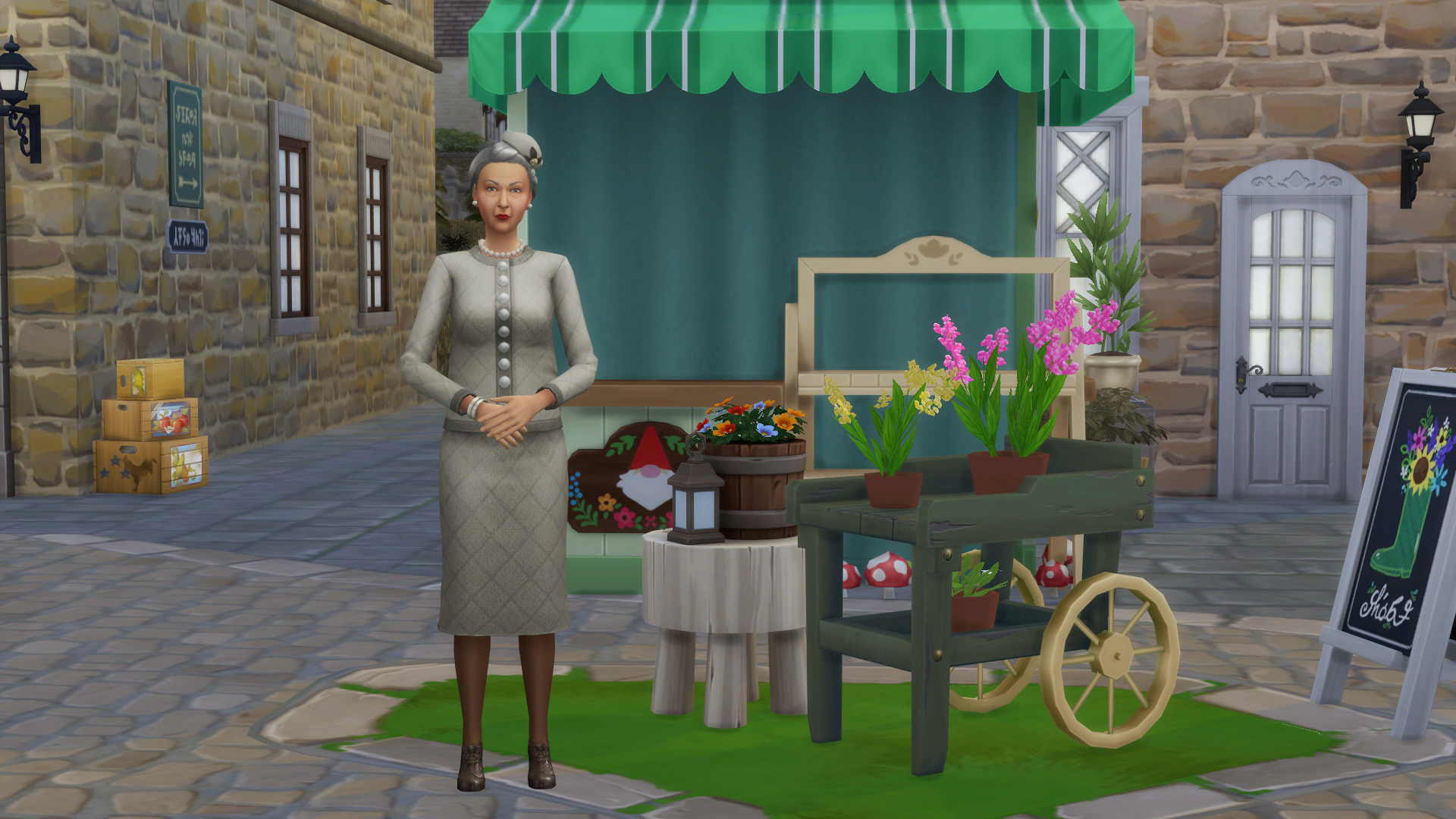 If you missed our previous installments of Sims Lore Here they are – The Mystery of Bella Goth, The Pancakes, and Johnny Zest and The Landgraabs.