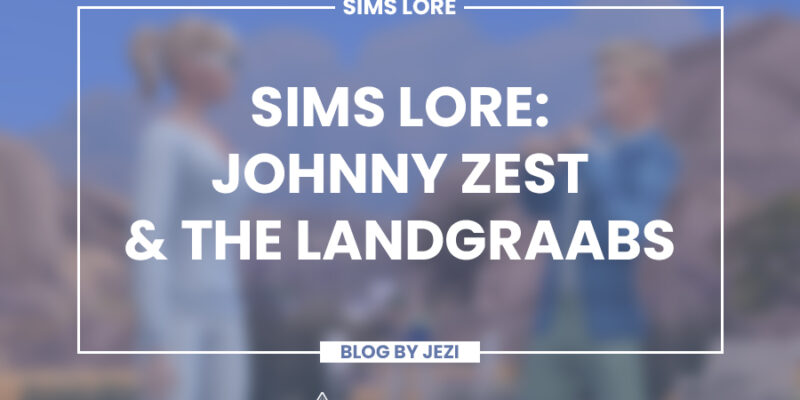 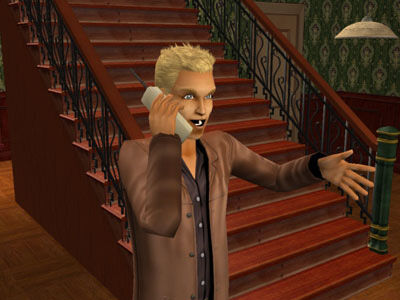 In Sims 4 you have one titled Landgraab family; Nancy, Geoffry, and Malcolm and then one disowned family member… Johnny Zest.  So how is Johnny related to Nancy and fam? Well, we have some theories as we dive into our next segment of Sims Lore. 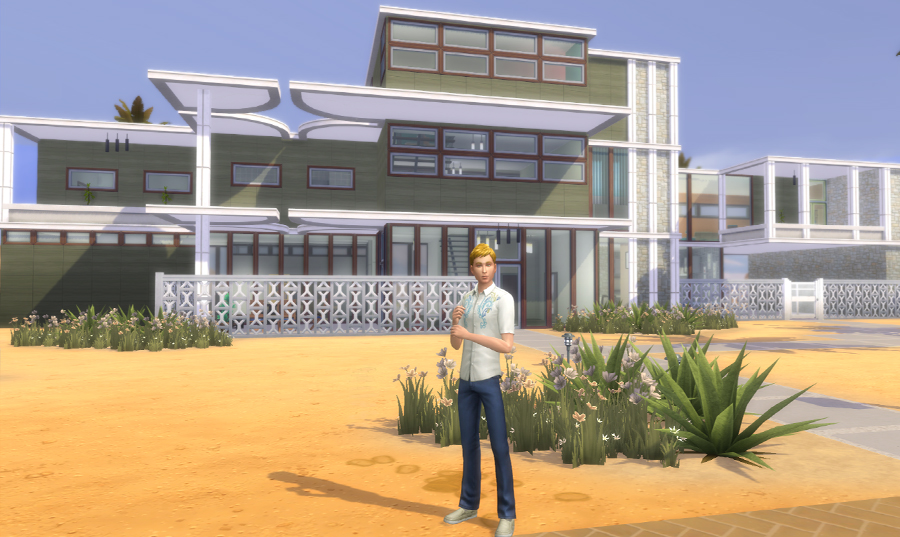 So the literal meaning of the last name of Landgraab is to grab land.  So this has me wondering how the Landgraab’s are so rich… property management perhaps? Most of them do live in large houses!  One of the most common first names you will see within the generations and alternate timelines of the Landgraabs is Malcolm.  This would appear to be a family name, so you will see a lot of Malcoms in the history of Landgraabs. Gregory also seems to be a common name unless there is cloning and time travel going on again. 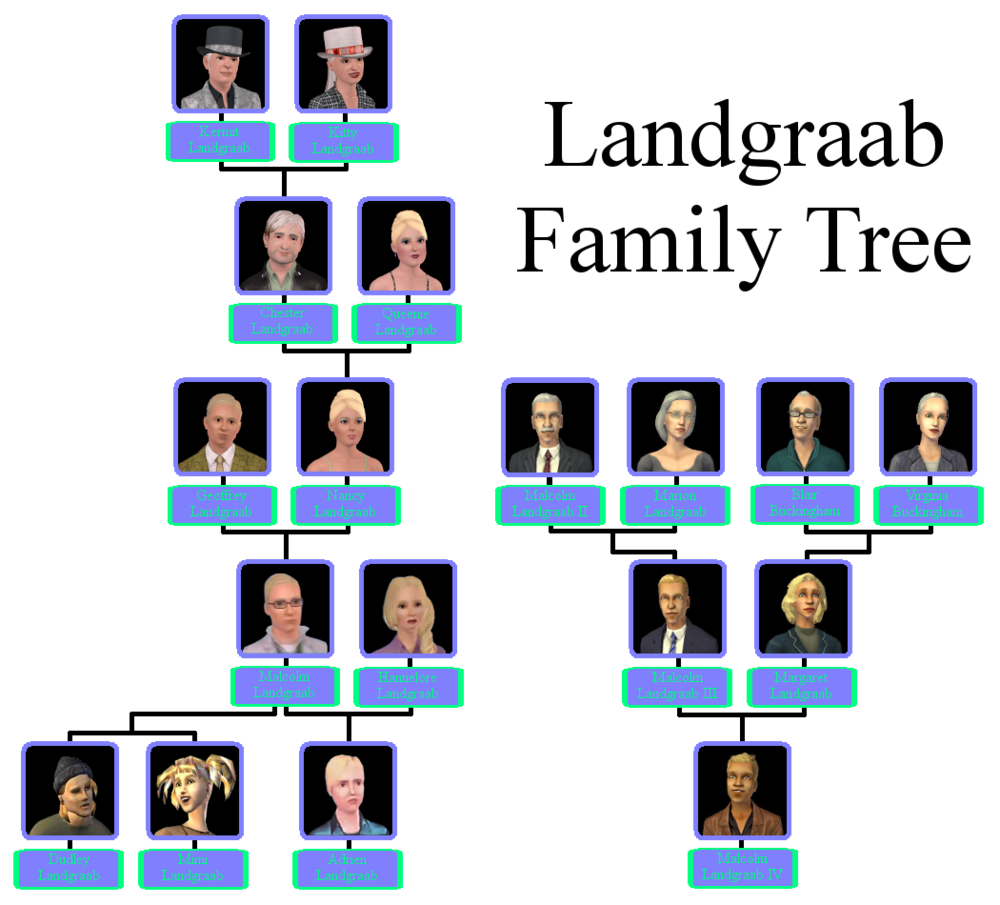 *Within the Sims games Landgraab can also be seen as Landgrabb, this is the same family.

The Landgraab has a long line of rich sims that seem to originate from Gregory Landgraab who went from teacher to wealthiest Sim real quick.  There was also  Admiral Landgraab (first name unknown) who is the founder of a city in Sims 2.  Interestingly enough in Sims 2 Seasons, there is a chance card within the Adventurer Career that gives clues to Gregory Landgraab and you can question people on this history. It is theorized that Gregory the teacher is actually in fact Admiral Landgraab. 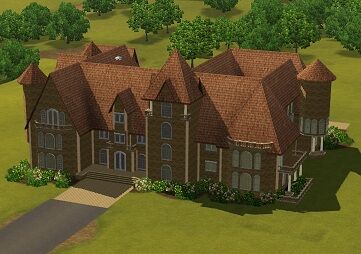 In Sims 3, particularly in World Adventures, you learn a good deal about the Admiral’s adventures and the Landgraab Chateau.  You can explore the Chateau and piece some of the mystery and history together.  The very large Chateau complete with traps… has a vault… I wonder what is in there!

The Landgraabs are in all The Sims games and they are even mentioned in Sim City 3000 and The Sims Medieval; Pirates & Nobles.  Demetrius and Dacian Landgraab are the owners of the city of Tredony which is one of the richest cities in the kingdom.  The Landgraabs are also the founders of cities and for the most part aside from Dudley and Johnny all live in really nice houses between games. 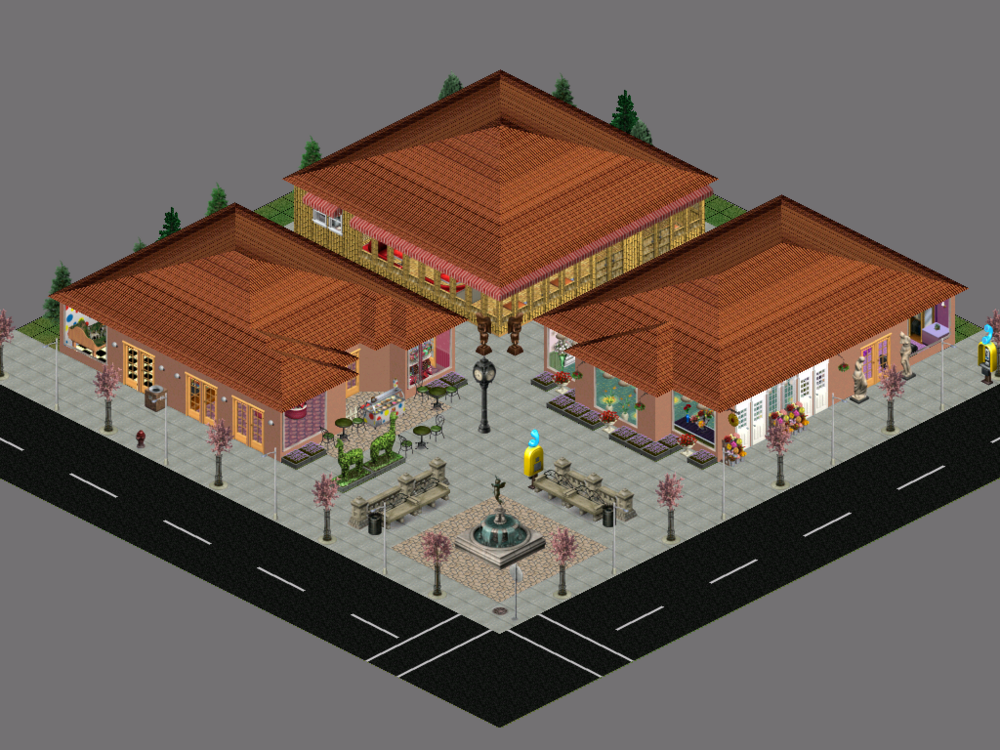 So where does Johnny Zest come in?  His name is not Landgraab… was he one of the Landgraabs? Well, it is all in his bio.  Johnny wanted to be a comedian so he got disowned, and now he lives in a trailer in Oasis Springs.  It is unknown if he is Nancy and Geoggrey’s son or if he is Nancy’s brother.  But he does have the staple blonde hair, green eyes, and other facial features and genetics that match Nancy pretty well. 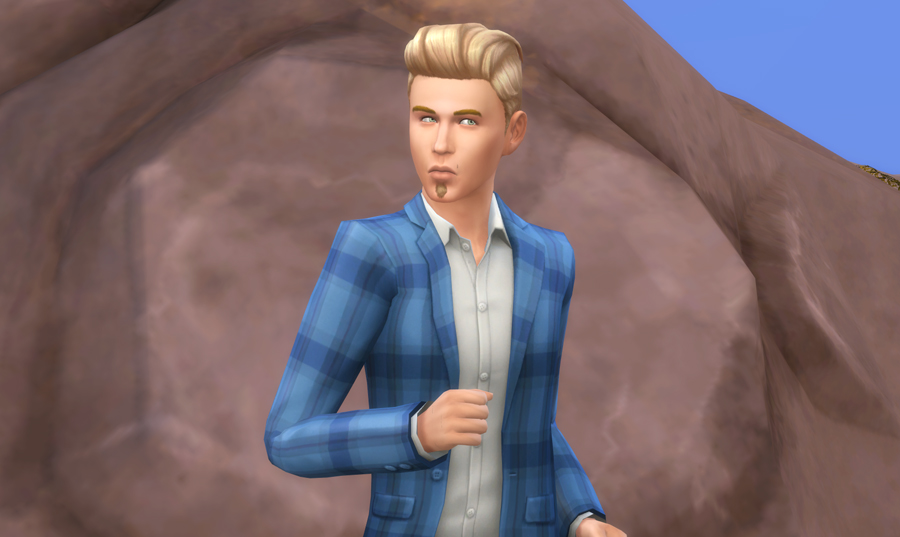 Johnny has a couple of points in Comedy and is in level 2 of the entertainer career, so he has maybe just started his journey to be a comedian.  (Of course after learning about poor Johnny… he is a Super Star in my game save.) Johnny has the CAS traits of ambitious, goofball, and outgoing, with the aspiration of Joke Star. 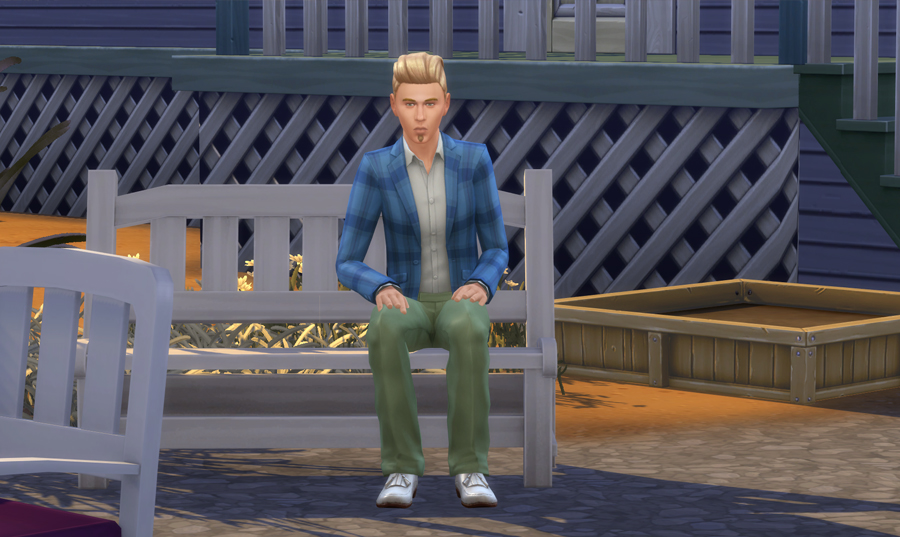 Other Versions of Johnny

It is theorized by myself and many other Simmers that Johnny is Dudley Landgraab in previous game versions.  However, a couple things changed… Dudley well… was a slacker… Johnny is clean, ambitious, and just a gem of a townie.  They both have blonde hair and living in a trailer in the desert, so that has not changed with the potential time-travel alt timeline. 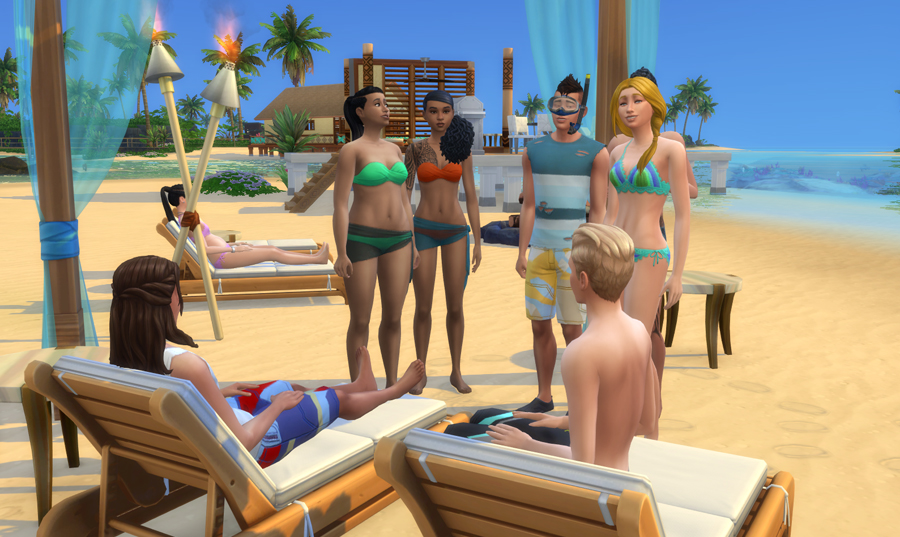 *Johnny is the one you want your Sims to marry… not Bob… Johnny, Bob is ok… but Johnny is the gem! Sure you will start out living in a trailer, but he will work hard and be a great parent.  Kids love jokes!*

The titled Landgraab household consists of Nancy, Geoffery, and Malcolm.  This family has a similar-looking version in Sims 3 with some alt timeline differences. Interestingly enough both Nancy and Johnny live in Oasis Springs and are practically right behind each other. 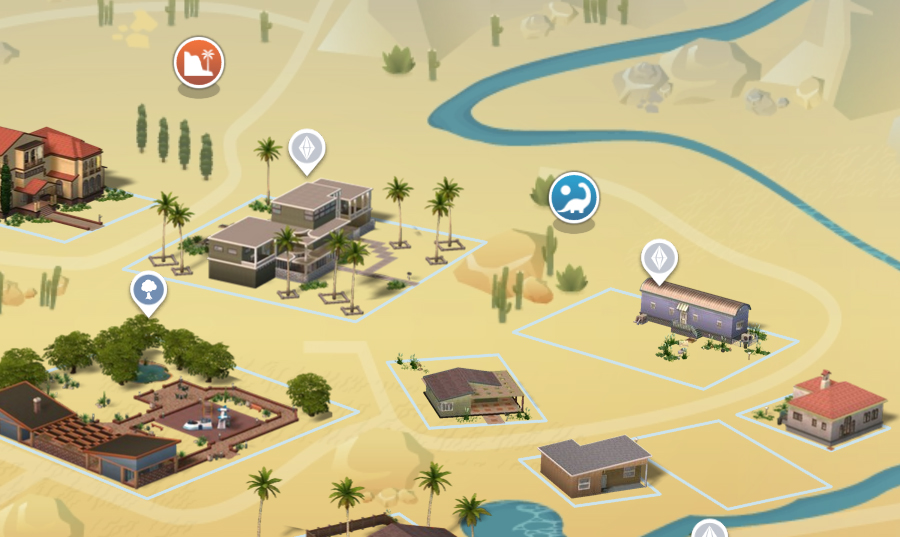 Ok look, I don’t like Nancy, a lot of you don’t like Eliza… my most dislike Sim… well it’s Nancy.  She is always mean to Malcolm and Geoffrey and any other Sim she meets.  What terrifies me is that in my The House game save she is friends with both Carla and Jayden… What you need to know about Nancy is that she was in Sims 3 as an ok Sim, and in Sims 4, she is a Crimelord! She has charisma, comedy, fitness, and programing skills out the shot, and lives in a big house, but don’t let this fool you. 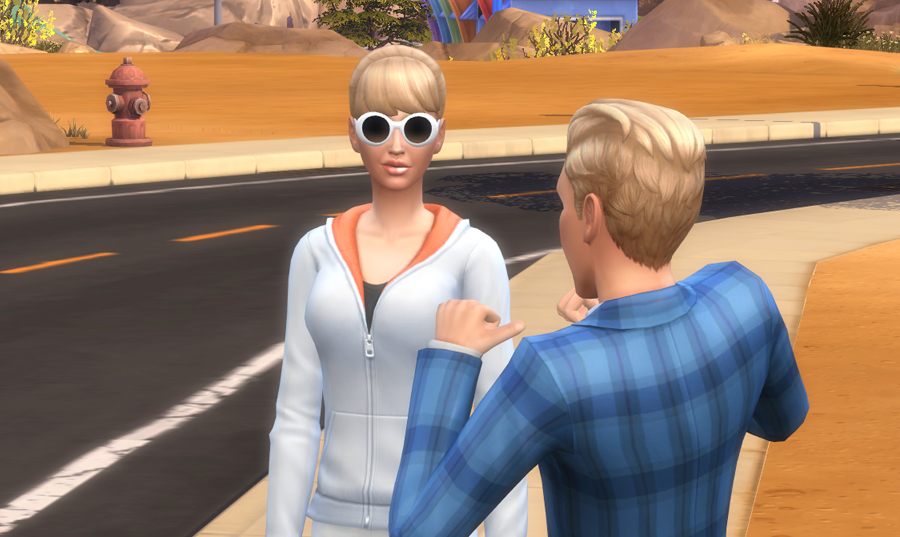 Malcolm got some unlucky alt timeline changes he went from a good ambitious bookworm to Evil. I blame Nancy.  In Sims 4 he is a teenager, so maybe there is some hope that Geoffrey can help him, we all know Nancy won’t. My dream team is Malcolm and Cassandra together.  With the history of the two families disliking each other in other games it just feels right and very Romeo and Juliet. 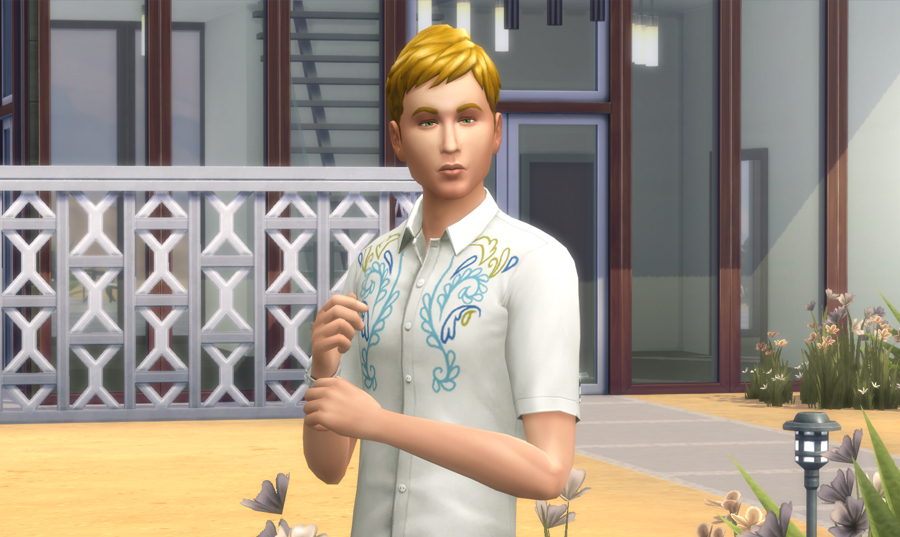 Geoffrey, has always been a good Sim.  In the Sims 3, he was a doctor and now he is the lead detective in the Special Agent track.  I wonder if he knows about his wife.  Geoffrey has the dream traits of family-oriented, outgoing, and good with the aspiration of a Successful Lineage. Another charming Sim to liberate from Nancy. 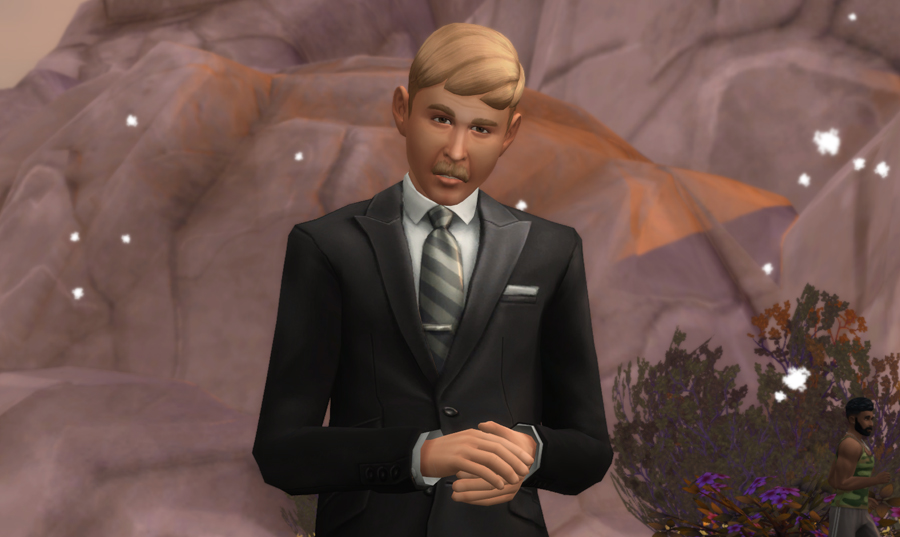 My theory is that Johnny is Nancy’s younger sibling.  They look alike; blonde hair,  green eyes, similar chin, cheekbone structure, and nose. Nancy is an Adult sim and Johnny is a Young Adult Sim. Technically if it was timed very precisely or cheated in theory Johnny could be Nancy’s child, but with the history, I am leaning that she is his sister.  Curiously enough Johnny does not have a relationship with any other Landgraabs, nor does he show on their family tree.  They all cut ties out completely. 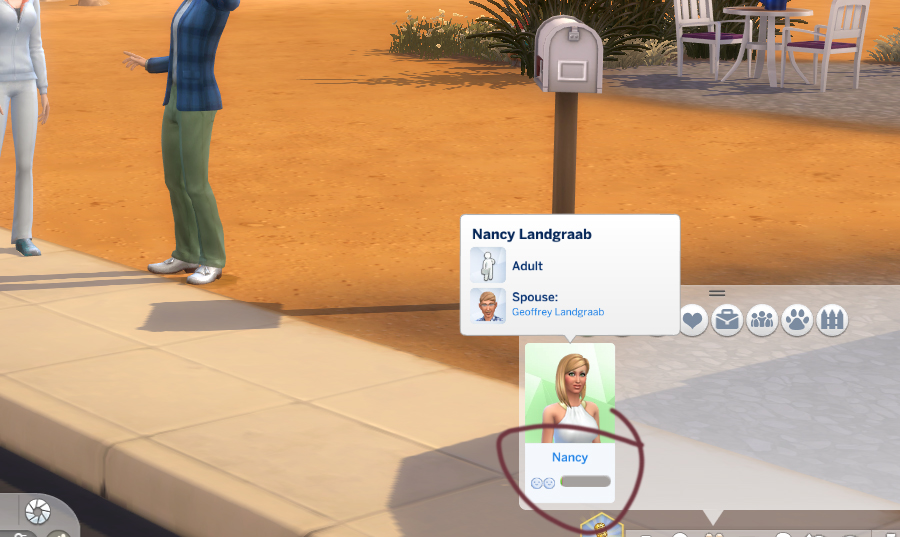 What is also interesting is that Geoffrey took Nancy’s last name.  This could be for a number of reasons, the title of Landgraab, Nancy was an only child, or….. Nancy was the only Landgraab named Landgraab left because Johnny changed his last name. 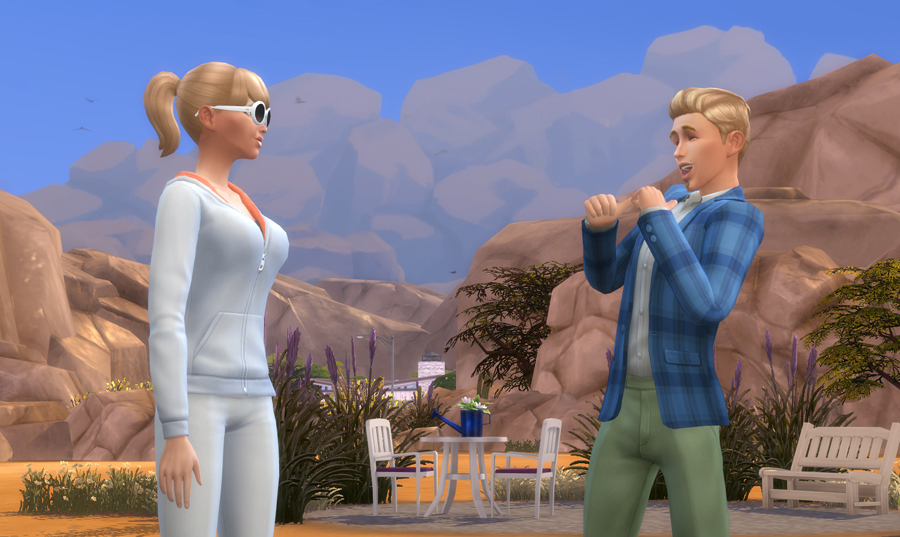 I also think that because this is an alternative timeline (from Alexander’s time travel results… hey he fixed the Goth fam.. I am sorry Johnny) I am thinking that Johnny is the alternate version of Dudley.  What I am noticing is that some things do not change in the alternate timelines… like the Pancakes (Newbies) relationship… Johnny (Dudley) in the new timeline was still disowned because of differences and also lives in a trailer. 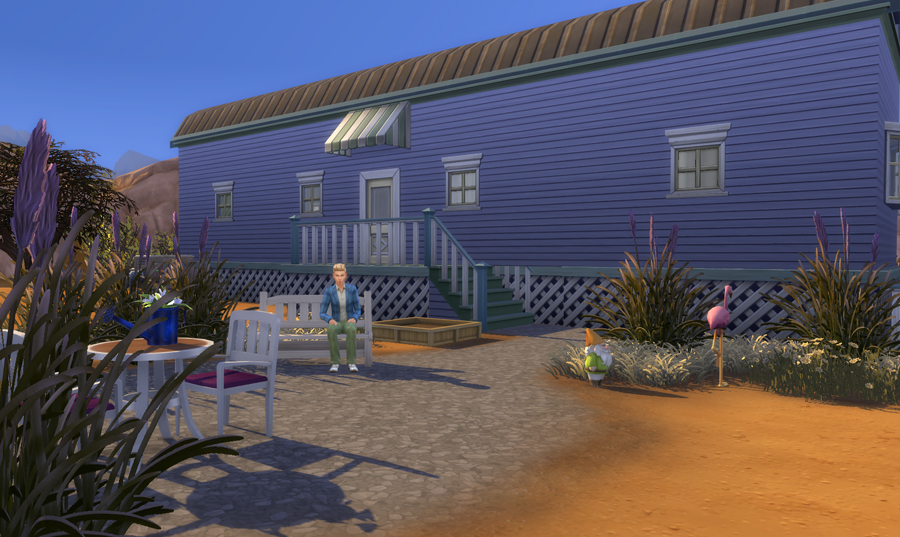 Regardless of how this all came to be, Johnny is one of my favorite townies, he is a good Sim.  He should have moved further from his old family like Sulani, Johnny you can do better. You don’t need them you can move with one of my Sims to the beach, I will set you up, you can live the life you always dreamed now! 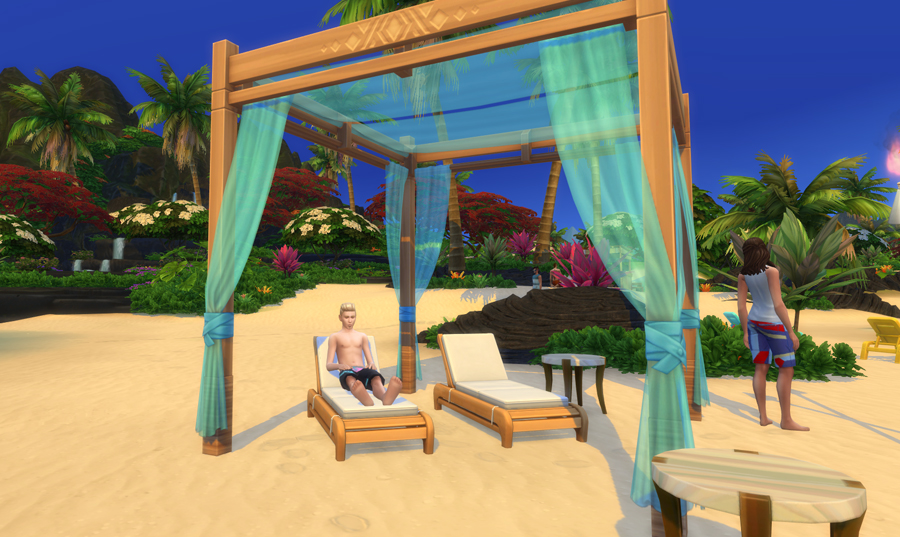