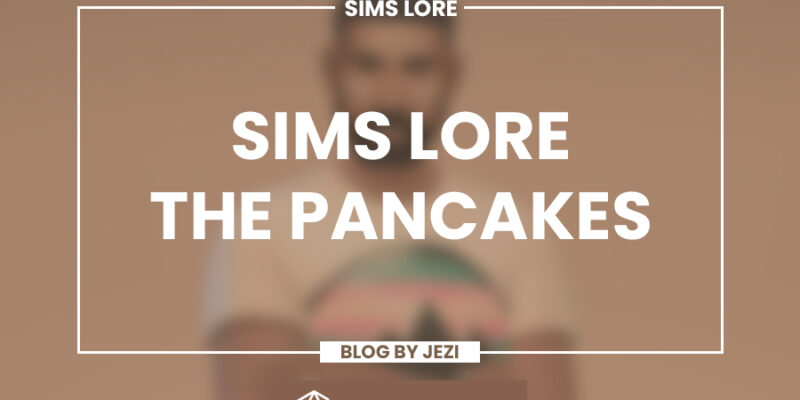 The Pancakes are one of the most popular base game households in The Sims 4.  In the base game the Pancake household consists of Eliza and Bob Pancake.  The Dream Home Decorator pack introduced, Iggy Pancakes, Eliza, and Bob’s toddler.  The Pancake household is a popular household for many influencers and they are featured all over the internet.  Typically, players seem to really love Bob, but not Eliza. 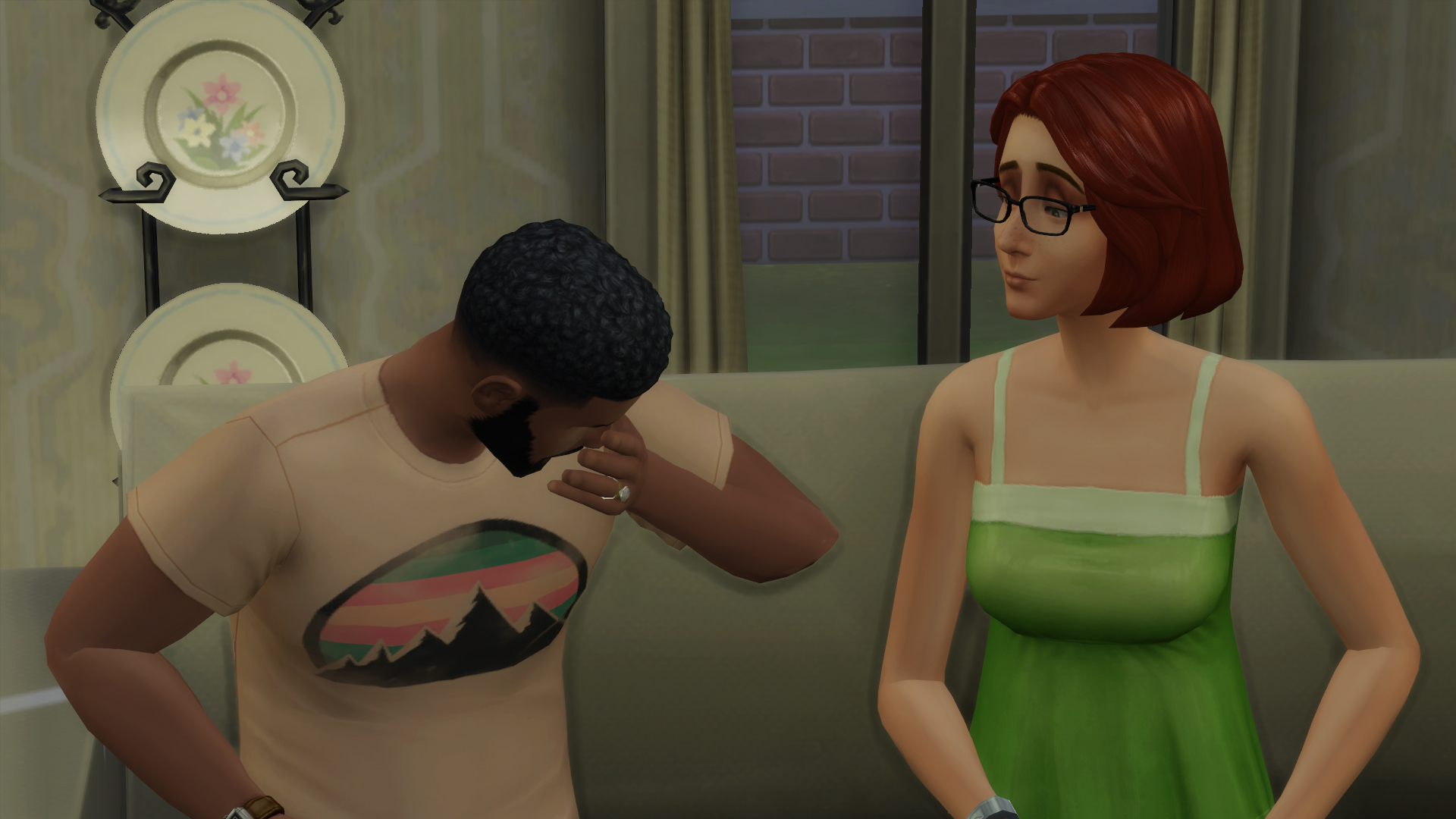 What could be a picture-perfect simulated life on the Pique Hearth lot in Willow creek… well not with those opposites traits.  The Pancakes household description reads…

“Poor, poor, Bob and Eliza – have they ever been happy?  It seems there’s nothing one can do to please the other.  Just what is keeping this couple together? Or, conversely, what is the spark that will finally drive them apart.” 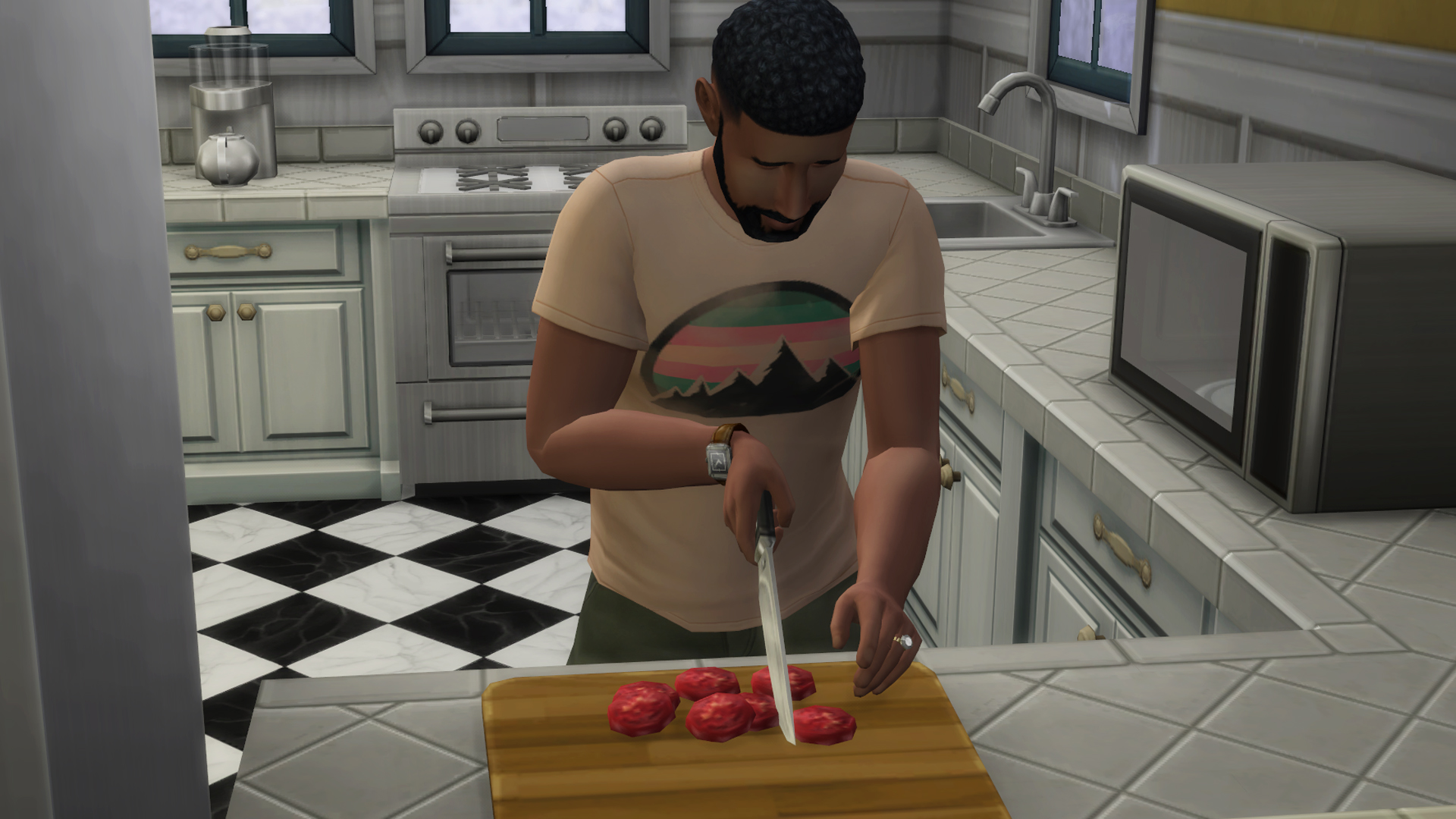 Bob seems to be the favorite out of the Pancake household.  When looking at Bob’s traits he does not appear to be a fun Sim to play with slob, gloomy, & loner traits.  Well, maybe Bob is just misunderstood, lots of people have a lot of fun with Bob.  He has an aspiration of one day becoming a Master Chef and is employed as a Caterer when you start the game (which is level 3).  Bob comes with some skills in cooking, mixology, and video gaming. 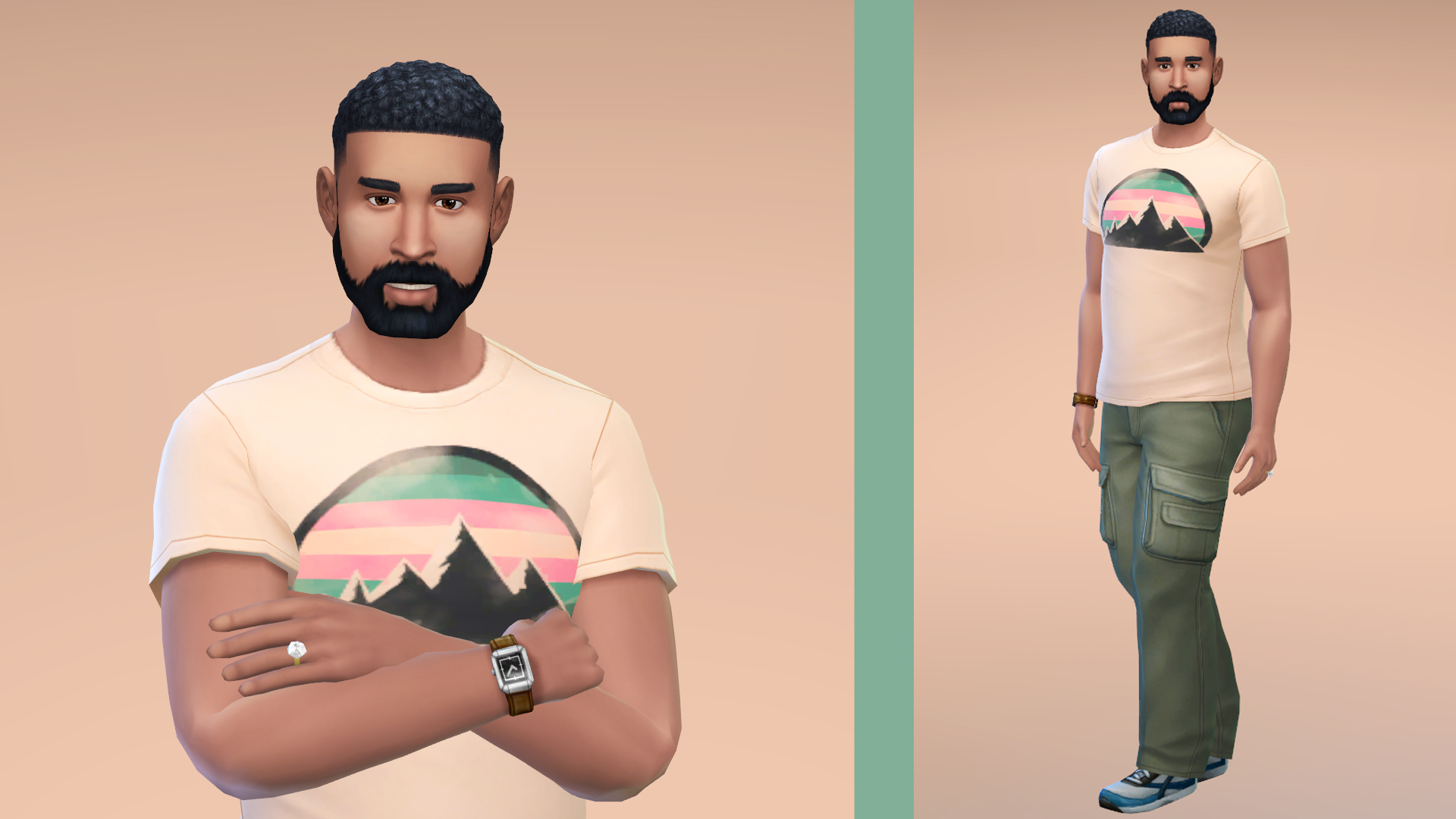 Eliza is an unemployed young adult sim.  She is materialistic, neat, and a perfectionist and has the Mansion Baron aspiration.  Eliza has three points into fitness skill and she always seems to want to paint or do art.  In my game, Eliza is super social with other Sims and very creative.  However, she is typically also very mean to poor Bob… which leads me to believe this is why Simmers do not like Eliza. Not to mention in many Simmer’s games Eliza is unfaithful to Bob… and Eliza is on the crime board in the Police Station!!! What is Eliza up to? 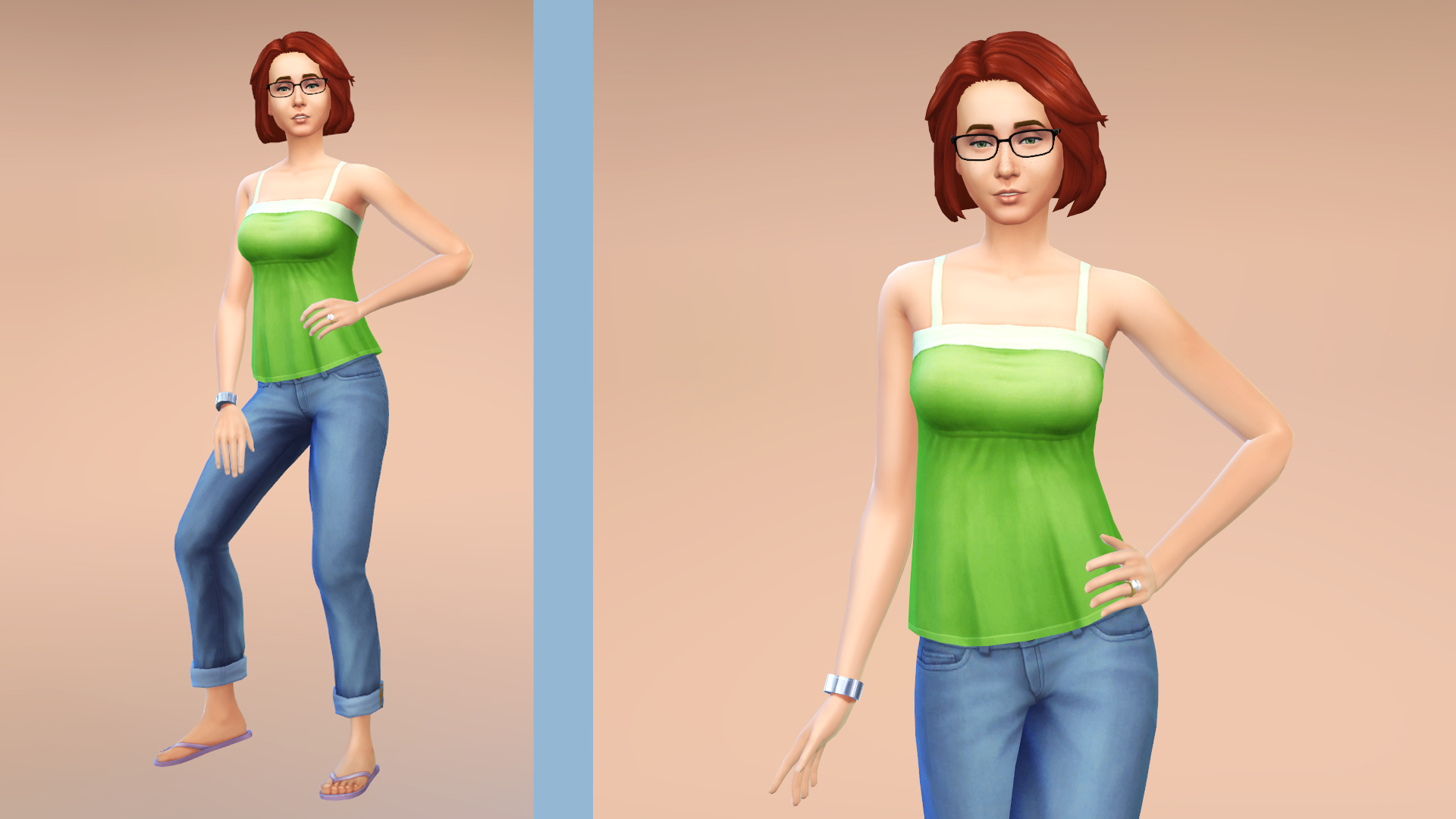 “Is that a Silver Dollar Pancake? Nope, it’s just the newest addition to Bob & Eliza’s pancake stack! Meet their son Iggy, a charming toddler who’s bringing a small measure of harmony to the Pancakes’ household.”

You read that description correctly, a toddler harmonizes the household.  Well, maybe their love for Iggy can show Bob and Eliza that they can make it?  Who knows, and it is really all up to the player or you can let them automate and see what unfolds. 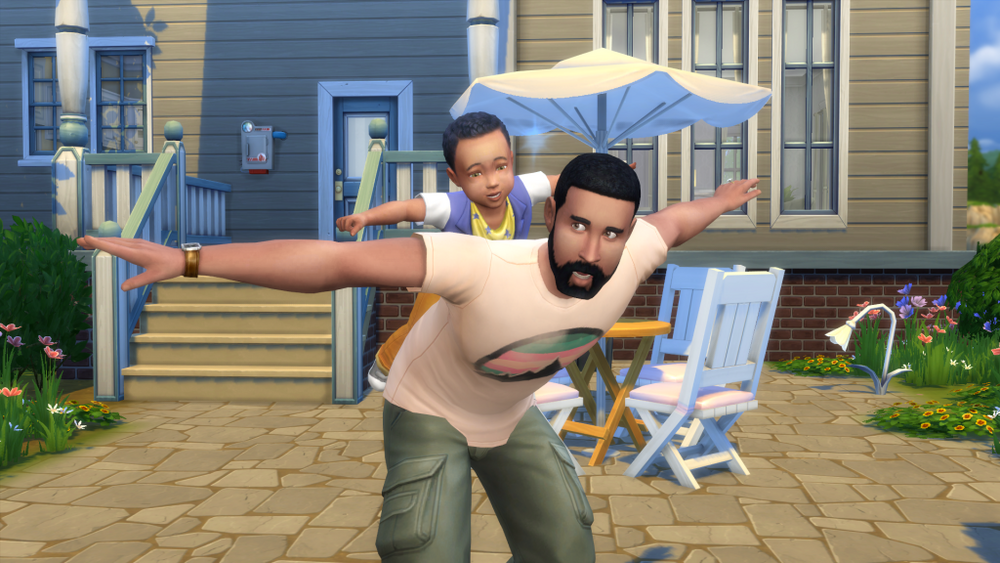 image from The Sims Wiki

Bob is most likely created from Bob Newbie in previous games.  The Newbie version, Bob also had a wife named Betty Newbie.  Bob Newbie was in The Sims, Sims 4, and The Sims 3.  Interestingly enough Bob Newbie’s laziness is a point of contention with his father Robert.  The marriage between Bob and Betty Newbie is also said to not be in good standing (much like Bob and Eliza Pancakes). In Sims 2 both Bob and Betty Newbie are ghosts, but interestingly enough their daughter is Brandi Brooke… Skip Brooke’s widow… Bob Newbie is also featured in many other Sims games such as Sims city 4. 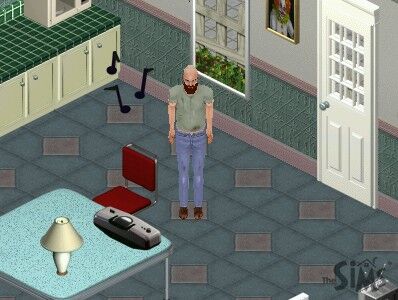 Is Eliza really all that Bad?

If you watch Sims videos on youtube or anywhere else on the internet you will find Eliza being killed, evicted, divorced, and more.   Why don’t Simmers like Eliza.  Well, I don’t know about you but in my game saves she can get a little mean to Bob.  I look at it as their whole relationship is a bit rocky, who’s fault is it, who knows. The two Sims are polar opposites and it just would appear in automation that Eliza acts more on the unhappiness. and then somehow… Bob gets to marry Simselves and live the good life, while Eliza gets the boot to the curb… or worse. 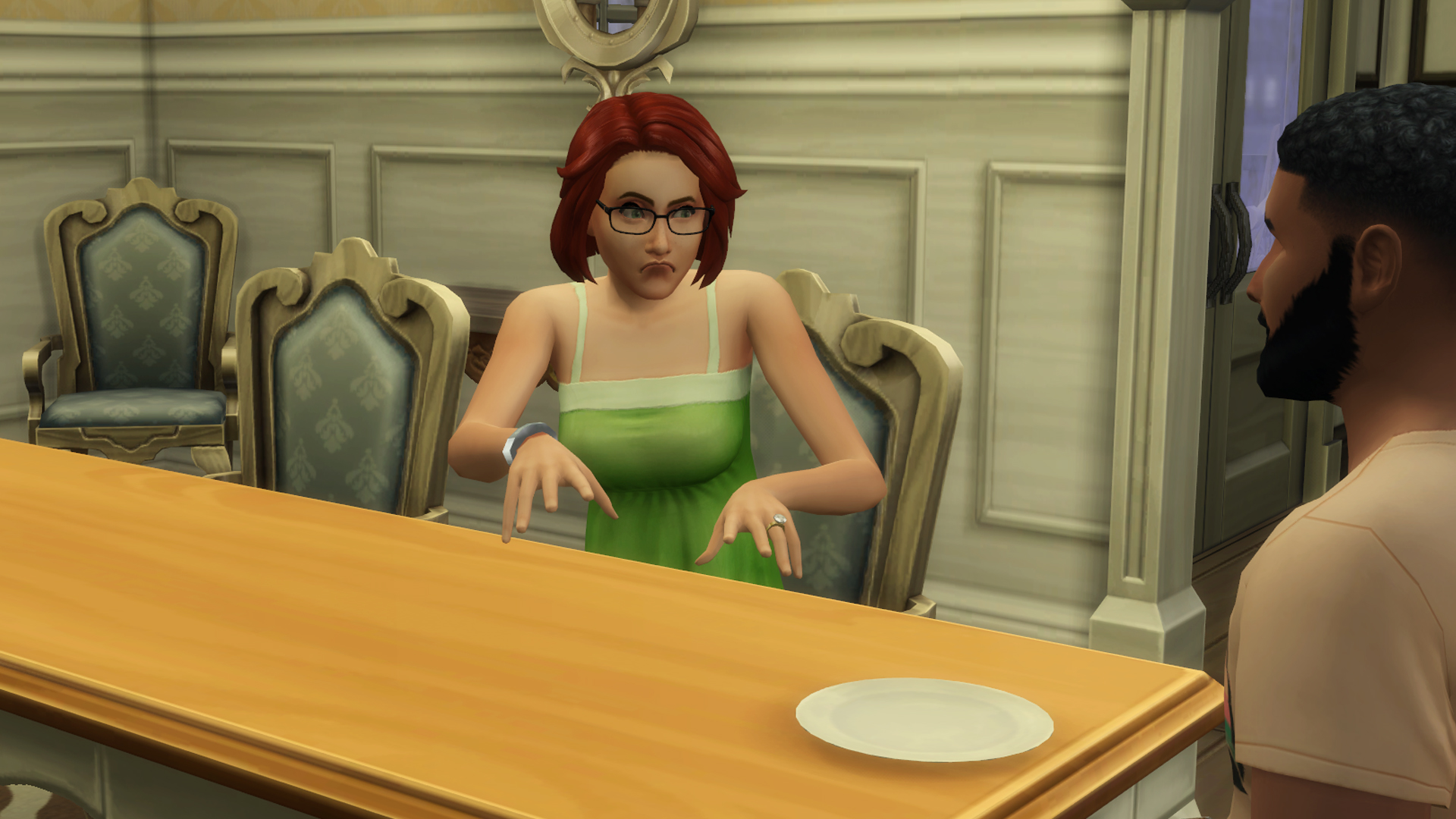 When looking at Bob and Eliza they are super opposites.  Even their bio states that they have an unhappy marriage, which conflicting traits that would be expected.  The conflicting traits and lifestyles both under one household are no wonder why Bob and Eliza have separate bedrooms.  It is also worth noting that Bob in a Sims 4 official trailer seemed to be very unhappy with Eliza in the background getting angry with him. 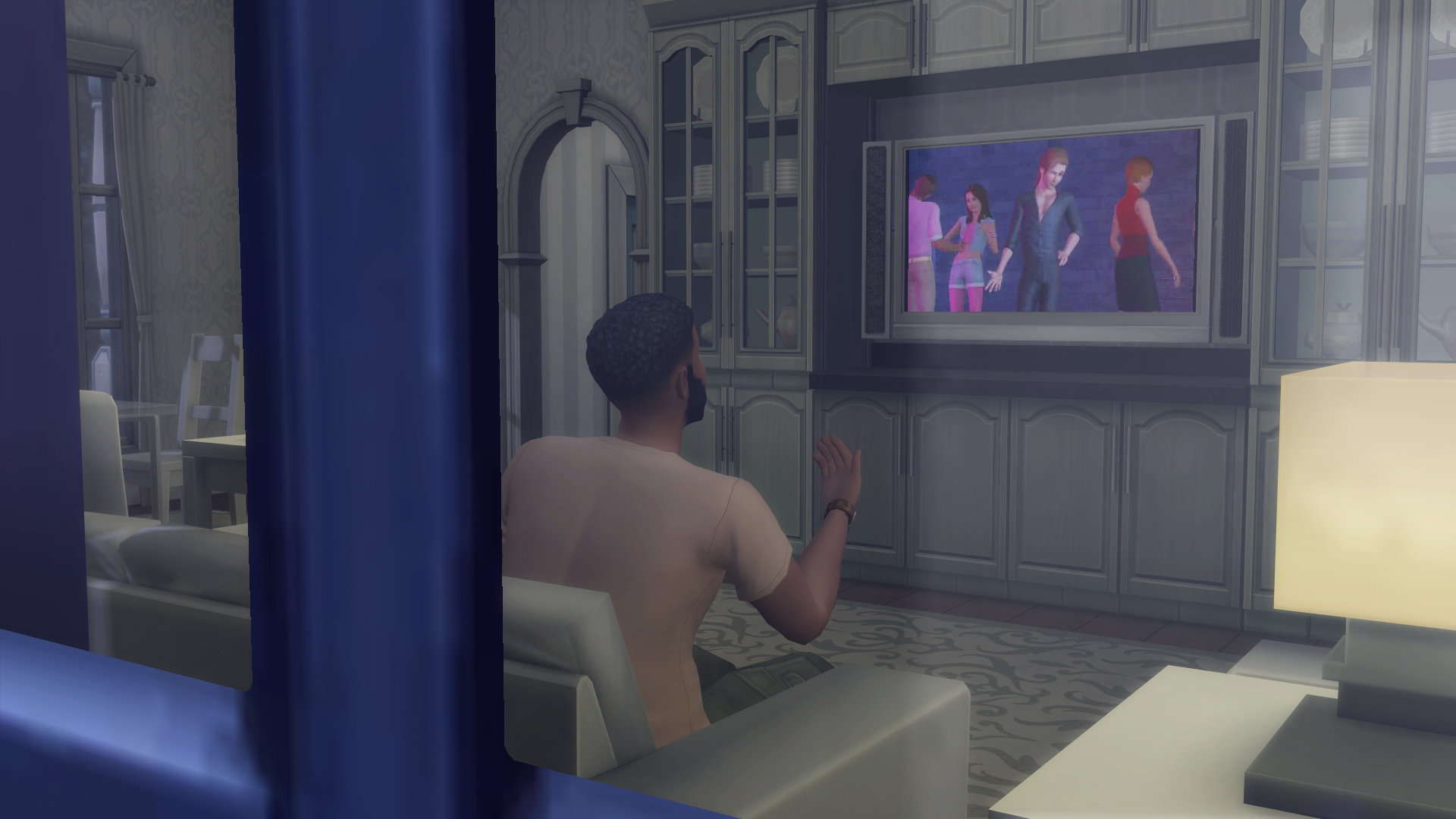 But, regardless, let’s look at the Newbie theory… we know Sims 4 is in an alternate timeline. The similarities between Newbie and Pancakes, which makes me theorize that they are actually the ‘same’ people.  Maybe, not everything can be repaired in time change and alternate timelines. 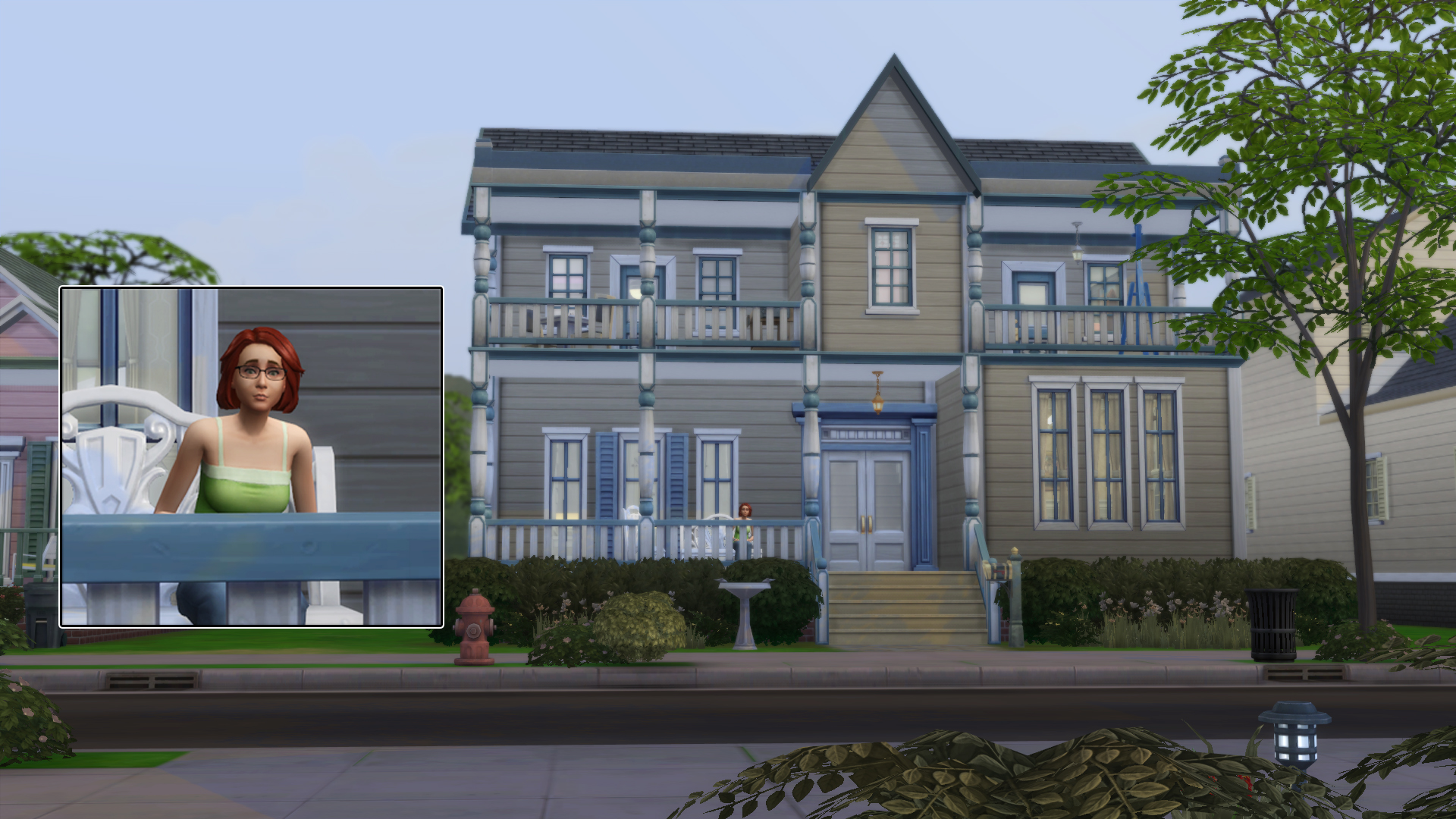 My theory is that Eliza is up to something and will do anything to complete her aspiration.  She is often found in Simmer’s games flirting and annoying other Sims.  Because of this behavior, Simmers don’t like her, not to mention how she appears in the trailers and EA marketing items.  How else are we supposed to view her?  She was designed to be naughty and annoying, which then makes Bob so likable! 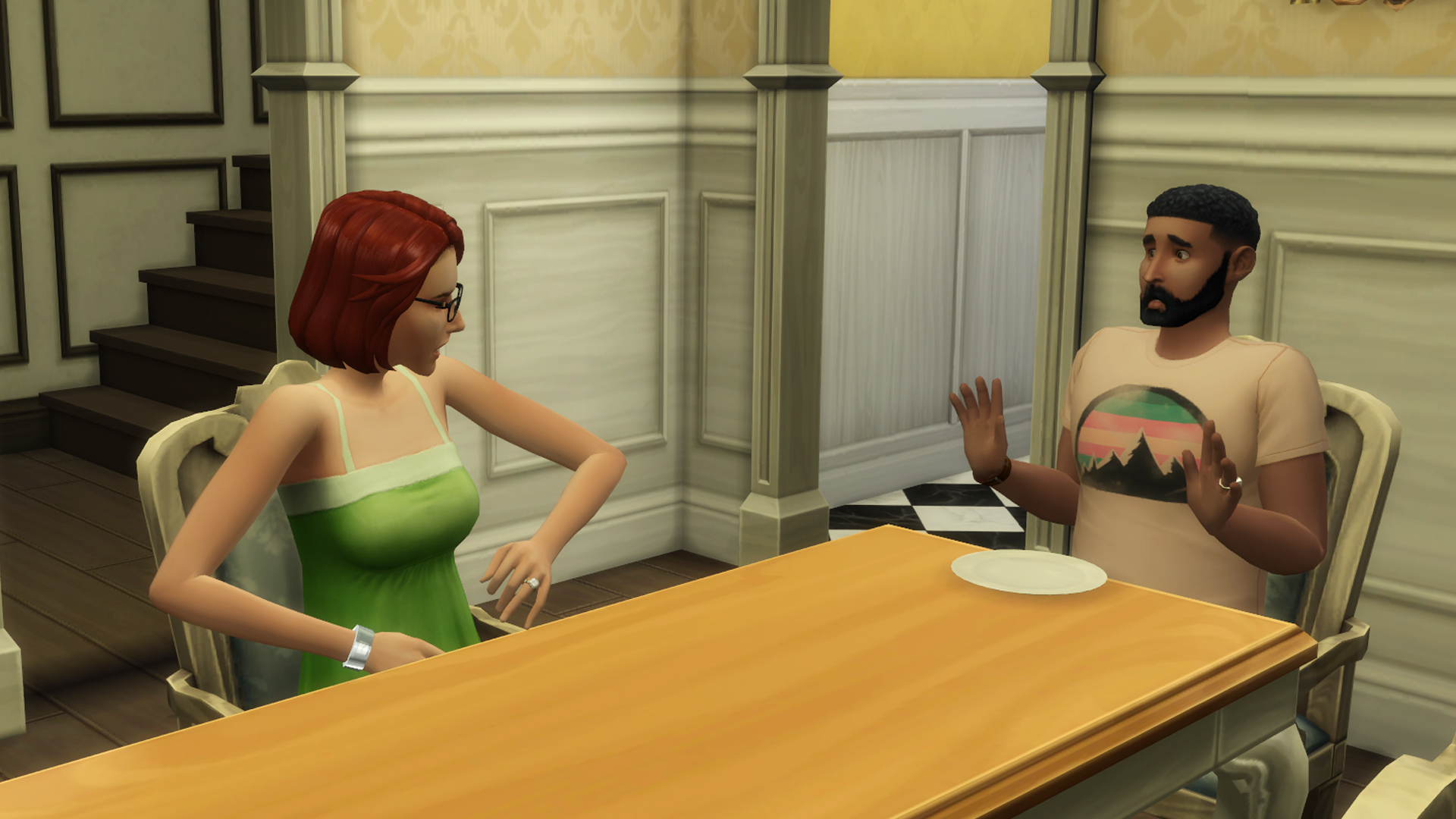