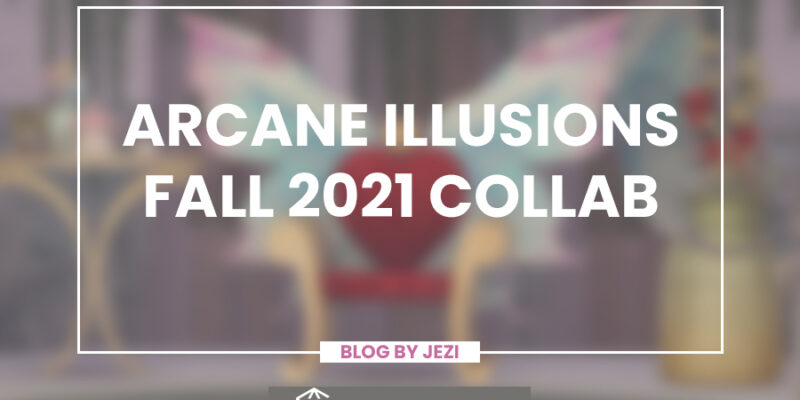 Who is ready for a massive amount of magical custom content?  Arcane Illusions is a huge collaboration from the artists here at The Sims Resource.   700+ Custom Content items for your Sims! 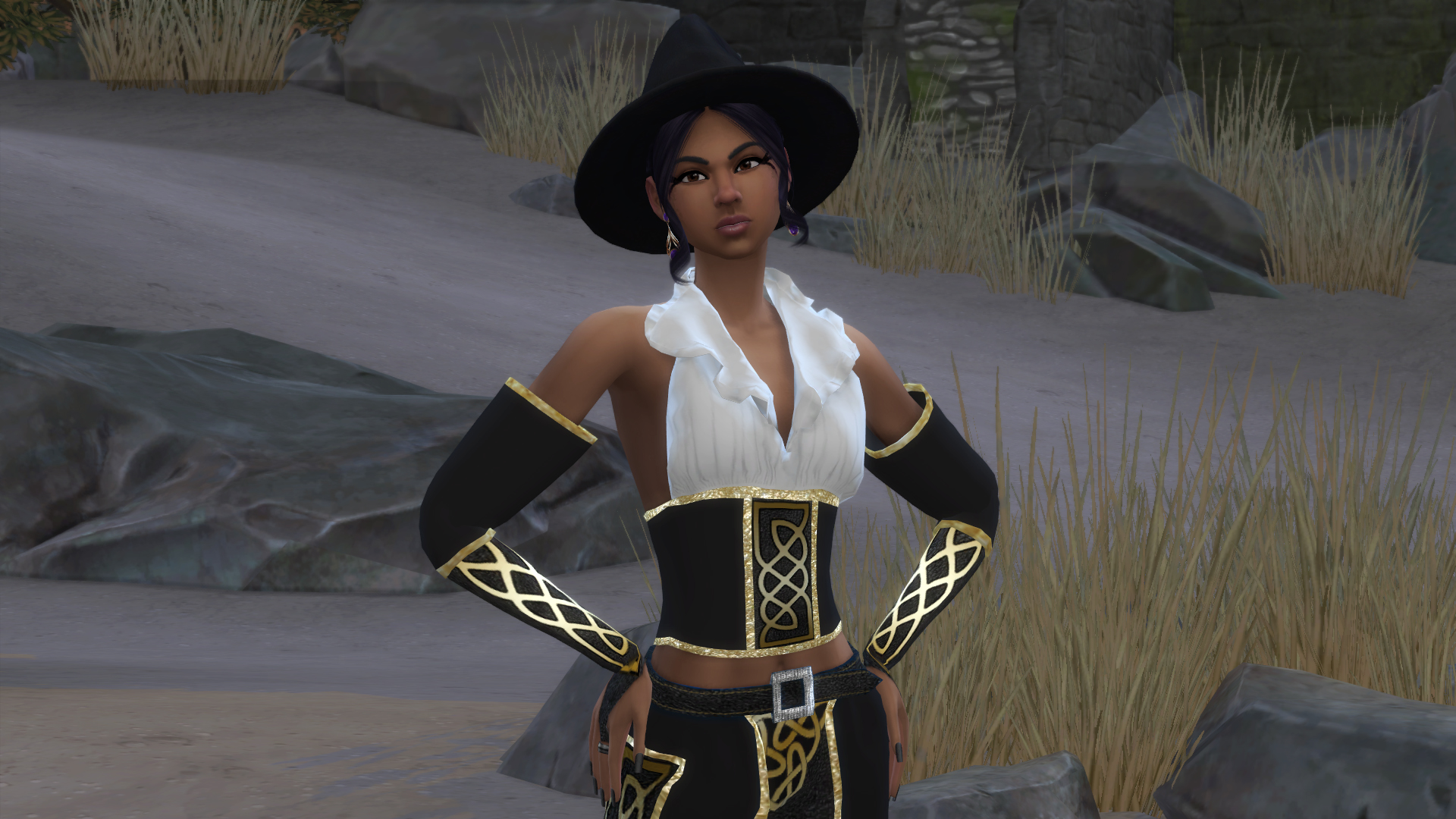 So what all is included in this collab?  Well enough cc to build your own magical wonderland; Faries, Witches, Elves, Mermaids, and so much more.  Step into a world of magic and wonder with these Harry Potter Sims and magical castle lots.  This collab is not a dream, it is here and will be going until September 30th! 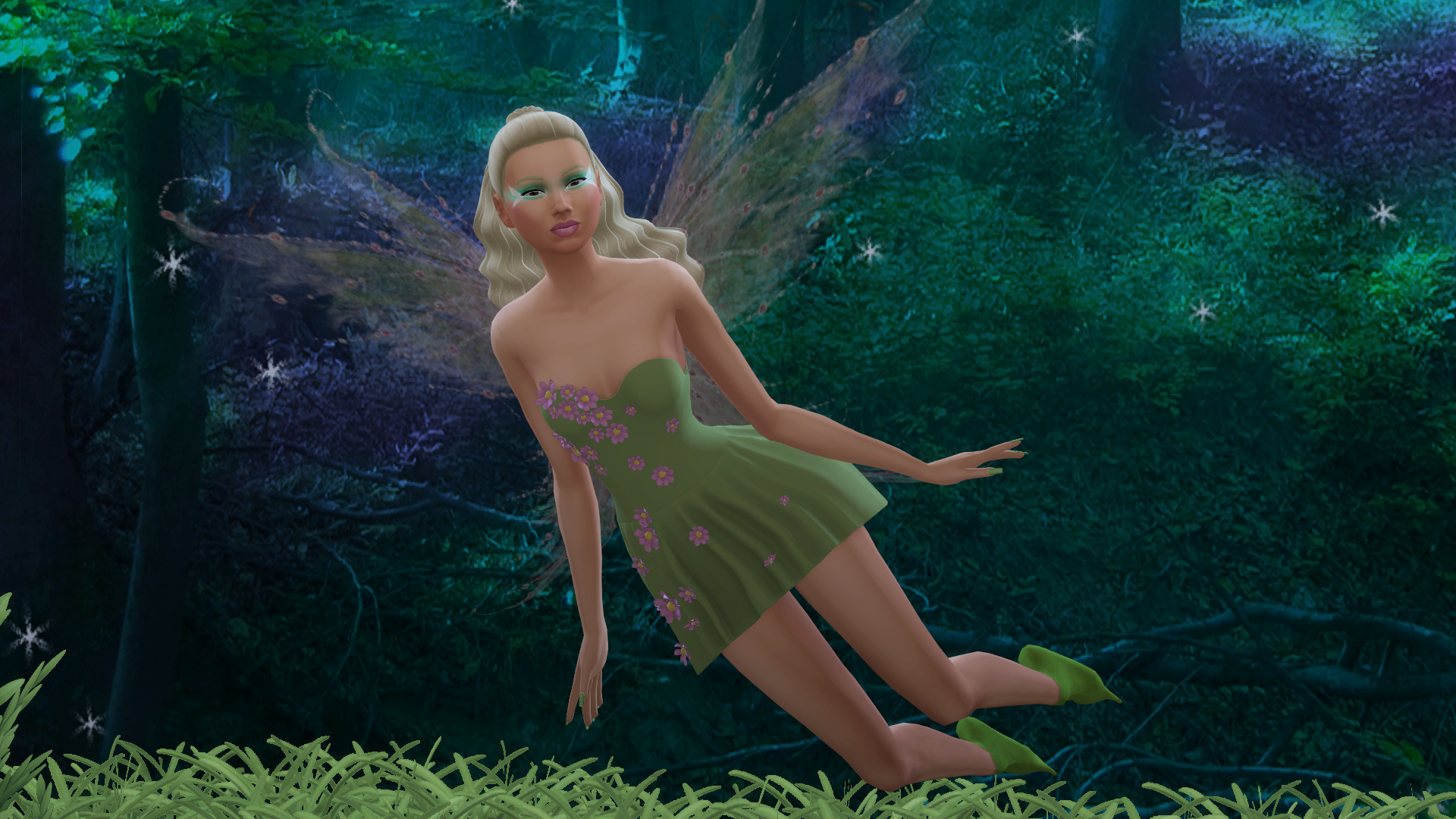 *Fairy wings and pose – the Sim is not really flying* 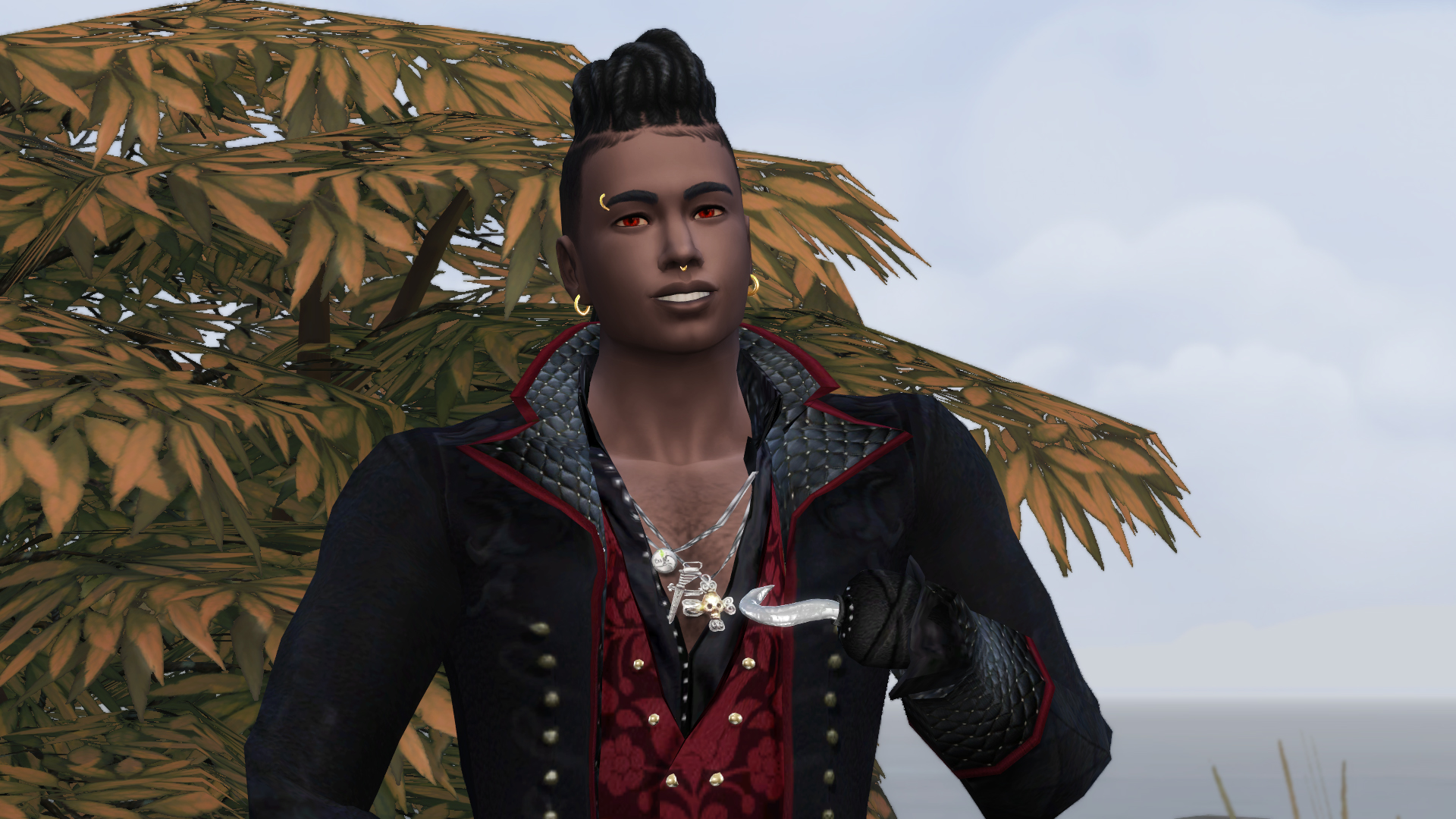 Some items in this collab will be Early Access items, which means if you are a VIP member you get them first.  But don’t worry after 7 days these items will go public! We also have a “Released from Early Access” button right on the top of the page, so that you can be sure not to miss those Early Access items! 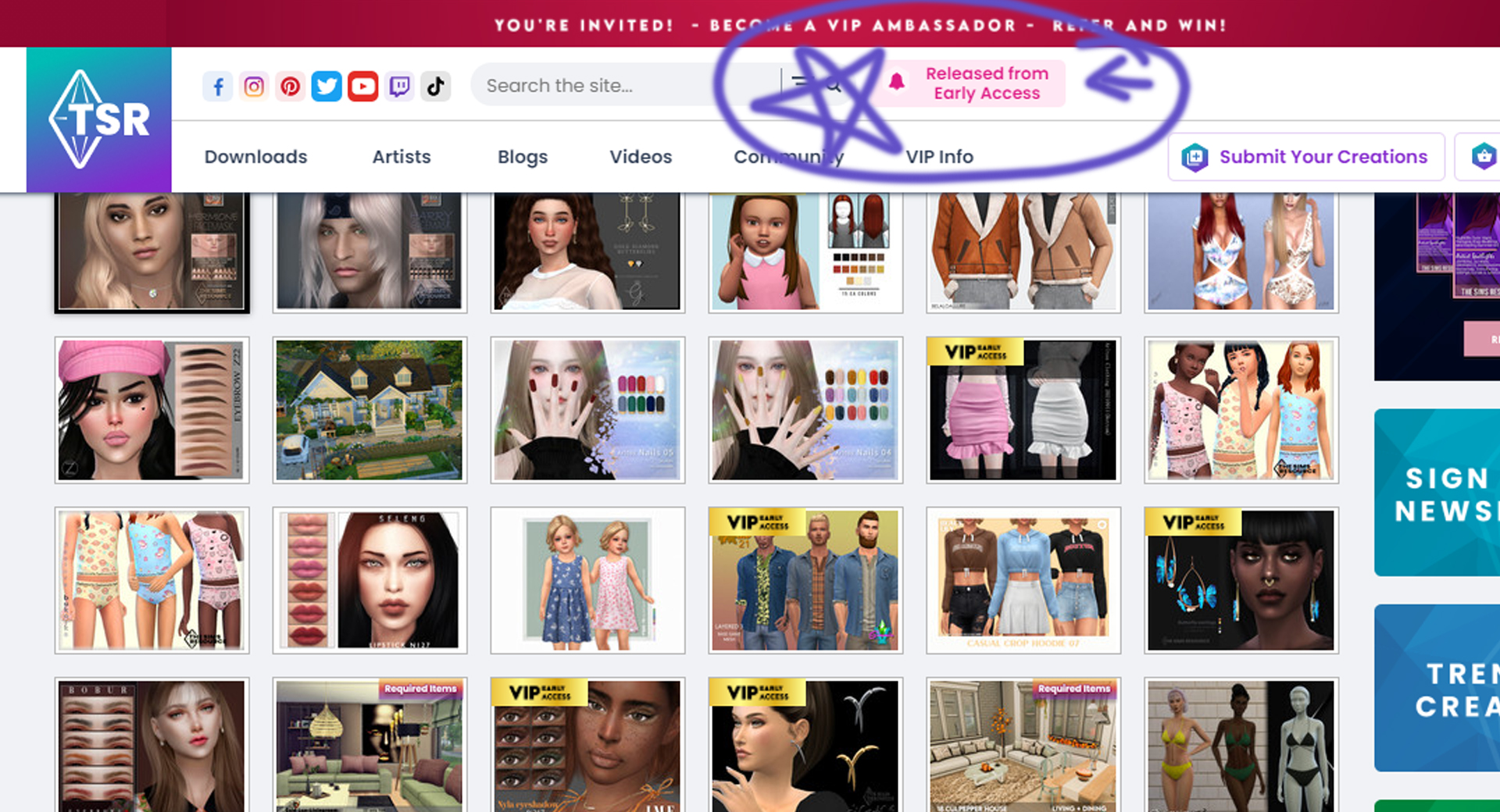 Alright, we are starting out with a bang… over 230 CAS items from about 50 different artists are within the Arcane Illusions Collab. We are talking fairies, queens, wizards, celestials, elves, unicorns, mermaids, pirates, gnomes, vampires, and more.

There is even CC for Pets, Toddler Sims, Child Sims, and Male Sims! We have Fairy Wings for days!  You all wanted fairies… so here is a ton of fairy CC!

With over 230 CAS (Creat a Sim) items you can only imagine the large amounts of hair and makeup. And let me tell you as someone who lives for glamourous CC this collab is MAGICAL!

Alright so mathematics is not my strong suit… but I am counting just over 350 objects within the Arcane Illusions Collab.  I hope you all like decorating and creating rooms as the possibilities with this amount of CC are endless.  The objects range in variety so much you can have a fairy picnic or an adorable unicorn-themed kids’ room. There are even tons of items for your Spellcasting Sims to make the perfect spell studying area.

Want to build a Magical Castle… or maybe a treehouse in the woods… well you are covered with the Arcane Illusion Collab build items.  Anything you need for a fantasy building, it is here! We have flower roofs, mermaid scale floors, Medieval wood walls, beautiful forest murals, ornate wallpaper designs, and  more!

There are at least thirteen full Sims coming your way in this Collab and they are all detailed and just absolutely enchanting!  Who doesn’t want Killian Jones aka Captain Hook inspired from Once Upon a Time in their game? Well now is your chance to download this deviously dark and handsome swashbuckler on September 29th.  Don’t worry he has lots of friends, including Harry, Ron, and Hermione, all inspired characters from Harry Potter.

If you are a player like me, who cannot build to save a Sims life, the easiest way to change your Sim worlds into a magical wonderland is to download these full lots and rooms.  Then all you do is drop them in your world and poof… Magical! The fifteen participating lot artists have delivered on this collab with over fifty full lots and rooms for your Sims.

There are castles, cottages, a Mermaid Grotto, a Park, Mushroom Village, Mystical Library, Neverland, and so much more. 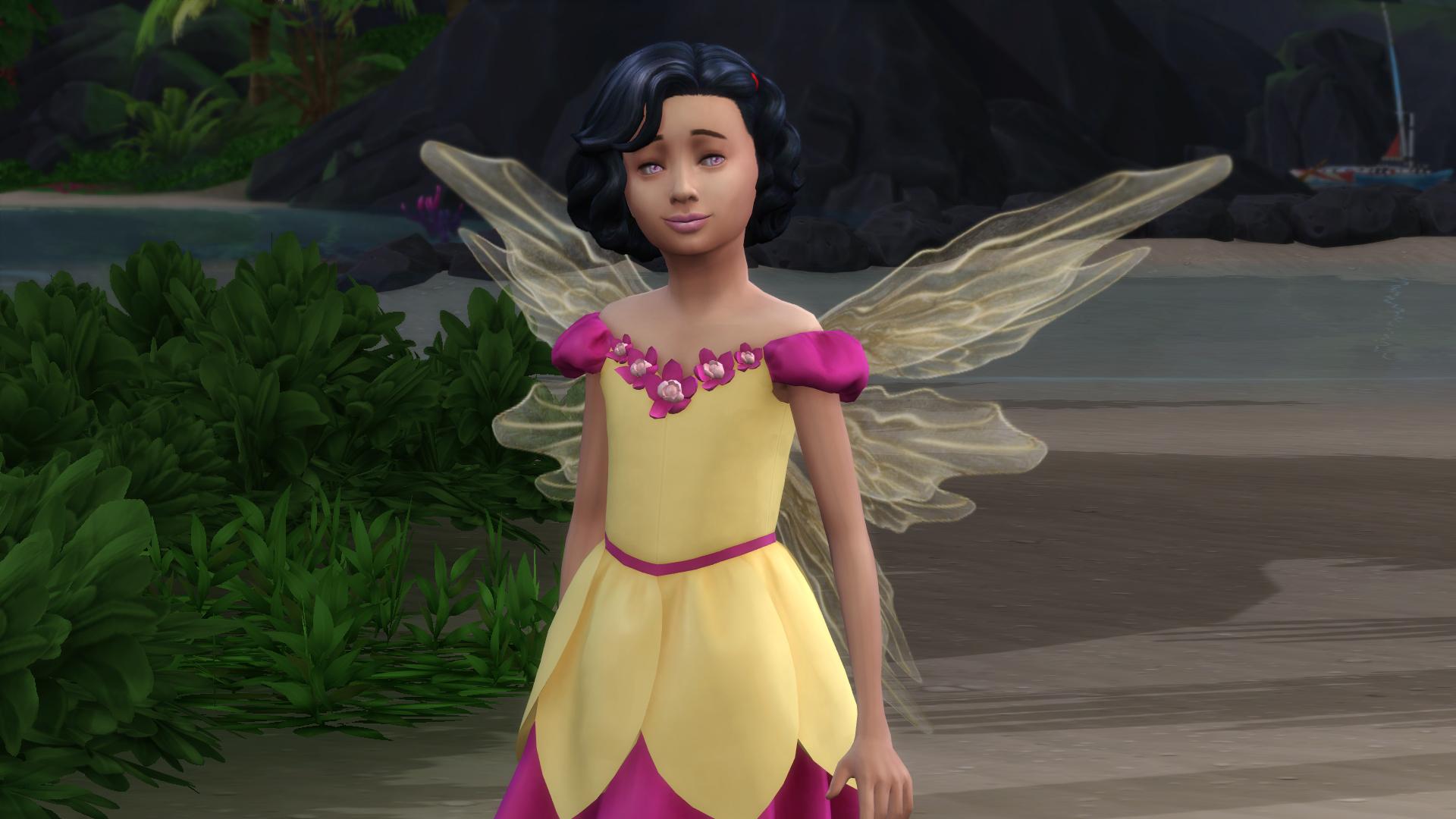 If you are in need of fantasy or magical-related CC look no further! The Arcane Illusions is a massive collab that will transform your Sims’ neighborhoods into a magical wonderland.  I generally enjoy this theme of CC, to begin with, so I am very pleased and excited to download the rest of the CC from this collab.  I will say that in particular, this collab has a very wide range of CC, which makes me love it even more.  My favorite element out of all the CC in this collab is probably the headpieces.  I like crowns and tiaras a lot and for fantasy Sim worlds it is a needed element!  Have fun downloading all this enchanting CC! 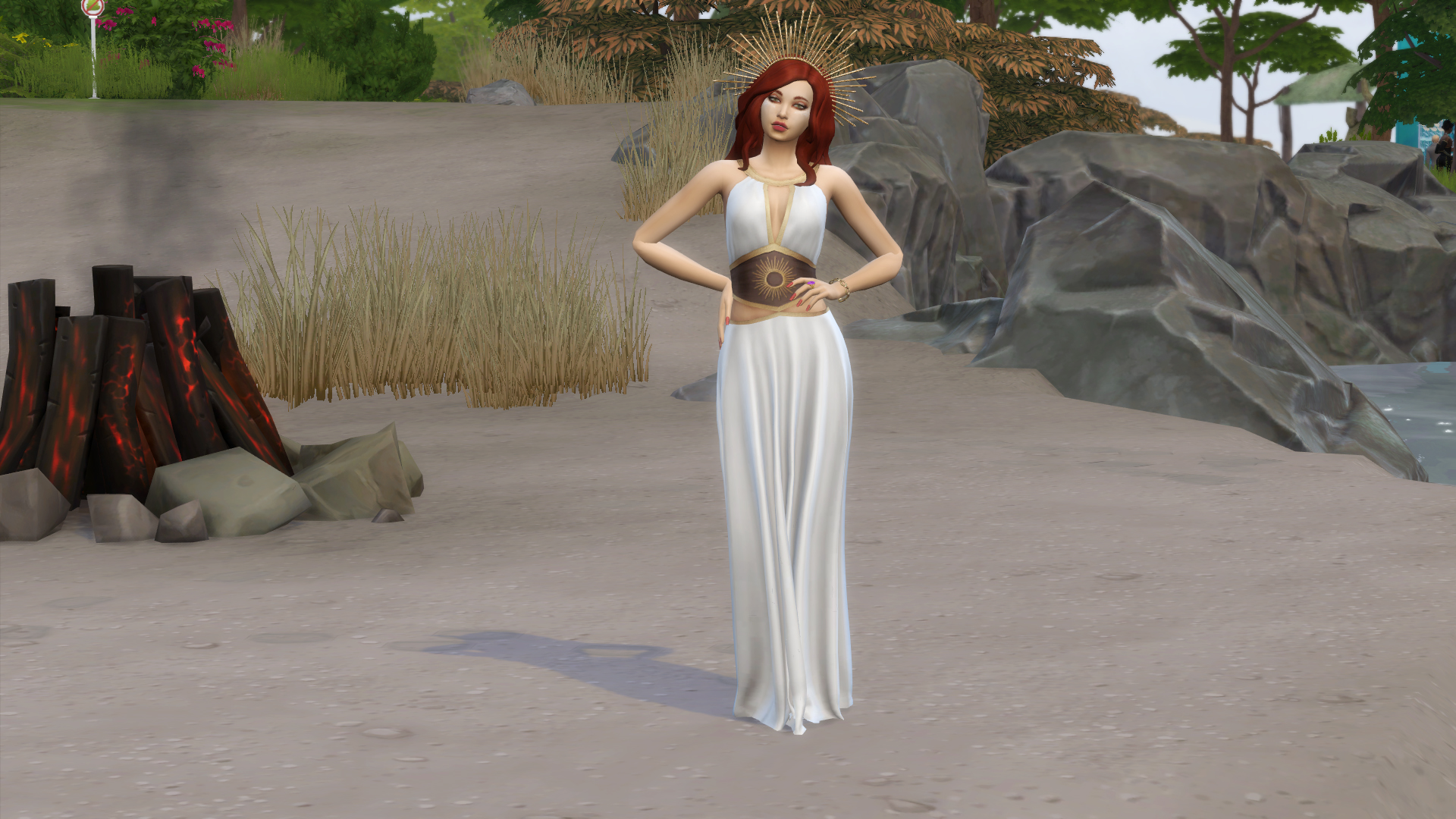